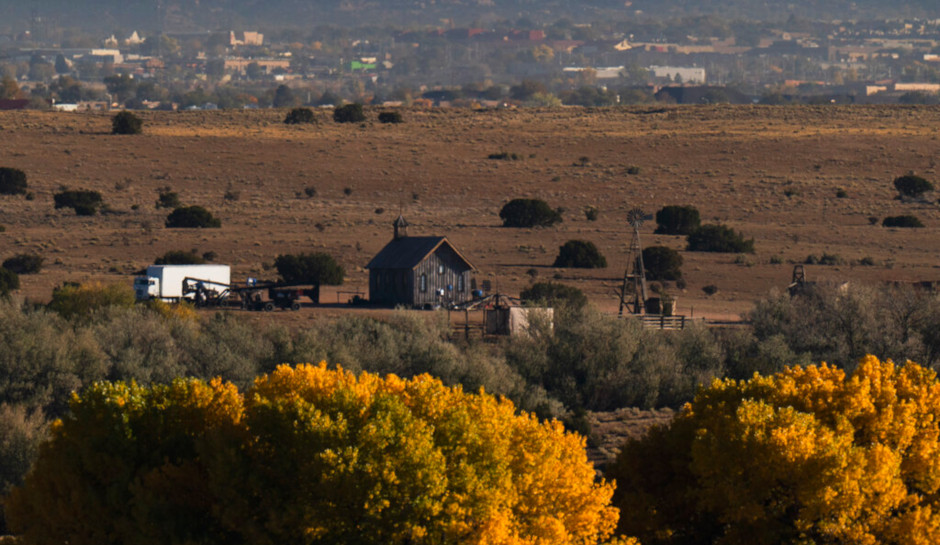 Report: Gun That Killed ‘Rust’ Cinematographer Was Used for Target Practice by Crew That Day

The gun that killed a cinematographer on a New Mexico movie set last week was reportedly used for target practice by crew members that morning.

“Rust” director of photography Halyna Hutchins was killed on Thursday and director Joel Souza injured when lead actor and producer Alec Baldwin fired the weapon, which an assistant director had said did not contain live rounds, as CrimeOnline previously reported.

According to The Wrap, someone with knowledge of the set said that several crew members had taken guns from the set that morning to shoot at cans with live ammunition.

A few hours later, first assistant director David Halls picked up one of the three prop guns that had been set up by armorer Hannah Gutierrez and yelled “cold gun” — meaning it did not contain live rounds — as he gave it to Baldwin, search warrants revealed. The search warrant said Baldwin was aiming the weapon at the camera during rehearsal when he fired, striking Hutchins and Souza.

CrimeOnline reported that the gun may have been used at “social gatherings” for target practice, but no timeline was provided at that time. That reporting also indicated that live and blank rounds were stored in the same place.

Additionally, the Los Angeles Times reported that several crew members quit the production prior to Thursday’s shooting because of safety concerns related to gun protocols.

Authorities are still investigating the incident, and no charges have been filed.