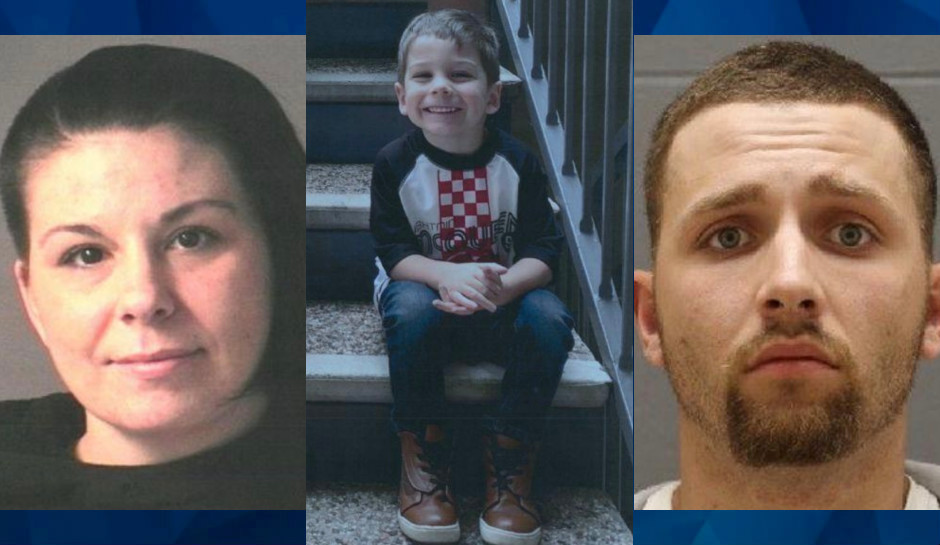 A medical examiner confirmed the identity of 5-year-old Elijah Lewis, found dead last week in a Massachusetts state park, but autopsy results for a cause or manner of death were inconclusive.

Elijah’s remains were found buried on Friday at Ames Norrell State Park in Abington, about 90 minutes from his home in Merrimack, New Hampshire, as CrimeOnline previously reported.

His mother and her boyfriend, 35-year-old Danielle Dauphinais and 30-year-old Joseph Stapf, have been arrested on charges of witness tampering and child endangerment. They have pleaded not guilty.

According to WMUR, investigators received an extended search warrant on Monday and returned to the home the boy shared with his mother.

“We will be examining all of the evidence we’ve collected to date and trying to make decisions on whether and when and who to charge to be responsible for Elijah’s death,” New Hampshire Assistant Attorney General Susan Morrell said.

Morrell said that investigators are still awaiting the results of toxicology tests from the boy’s autopsy and stressed that all agencies involved are determined to uncover what happened.

“It feels more compulsive that we have to get it done and get it done successfully,” she said.

When Elijah was initially reported missing, investigators believed he hadn’t been seen in six months, but subsequent investigation shrank that time period considerably. He was last seen on September 1.