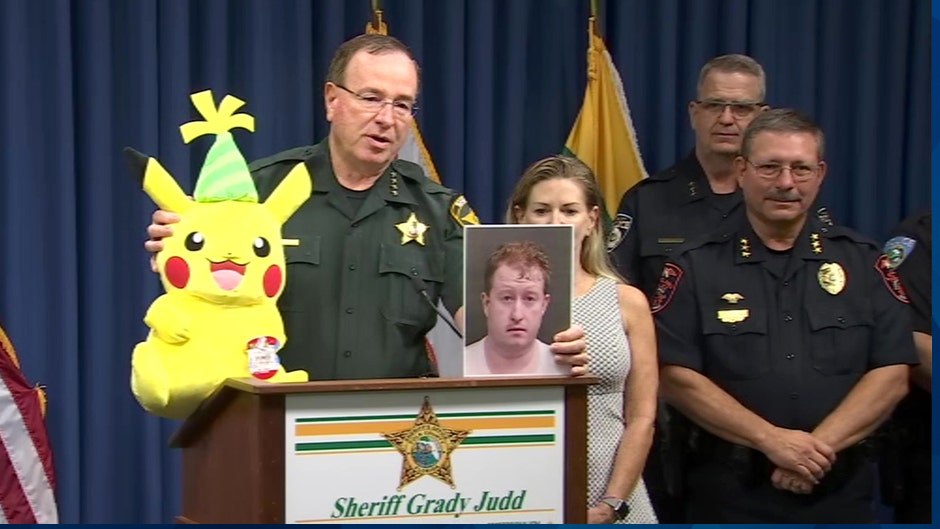 Child Predator Who Wanted to Cuddle With Pikachu Toy Among 100 Nabbed in Human Trafficking Sting: Police

Florida police announced on Thursday that they arrested 102 suspects during a six-day investigation into human trafficking.

The Polk County Sheriff’s Office said in a press release that the arrests were made during “Operation No Tricks No Treats,” which started on October 20. During the operation, 61 suspects were arrested for allegedly soliciting a prostitute, while two men were charged for having sexual conversations with children that ended up being undercover agents.

Donald Spencer, 64, allegedly posted an online ad which stated in part, “I want someone I can make love with, not to.” Spencer then had sexually-explicit conversations with who he believed was a 14-year-old girl, having sexually-explicit conversations. At one point, he reportedly expressed concerns that he was going to be caught in a sting operation.

“That’s why I’m a little weird right now I figured if you brought up the sex then it wouldn’t be a set up,” Spencer allegedly told the girl after badgering her about what she wanted to do with him.

According to Sheriff Grady Judd, Spencer told investigators upon his arrest, “I knew it was probably a sting but I had to sacrifice myself in case it wasn’t.” He is charged with traveling to meet a minor after using a computer to seduce a child and attempted lewd battery.

“This guy has five brain cells, three of them aren’t working,” Judd quipped.

During the press conference, Judd presented a stuffed Pikachu doll — which he described as a “co-conspirator but not a willing co-conspirator.” Jones allegedly told the undercover detective that he wanted to cuddle with the doll, have sex, and keep the girl’s undergarments.

“We had to rescue Pikachu from that nasty environment,” the sheriff commented.

Meanwhile, Jones is charged with using a computer to seduce a child, transmitting material harmful to a minor, and using a two-way communication device to commit a felony.

Police said the 39 people who were arrested for offering to commit prostitution were also given assistance and access to anti-trafficking organizations. Three people — including one juvenile — who were caught prostituting are possible human trafficking victims. They were also provided assistance and support, according to police.

The oldest suspect is 78 while the youngest is 19. Eleven of the suspects are reportedly married. Police said some of the 102 suspects were also found to be in possession of drugs — including cocaine, heroin, methamphetamine, MDMA, and marijuana.