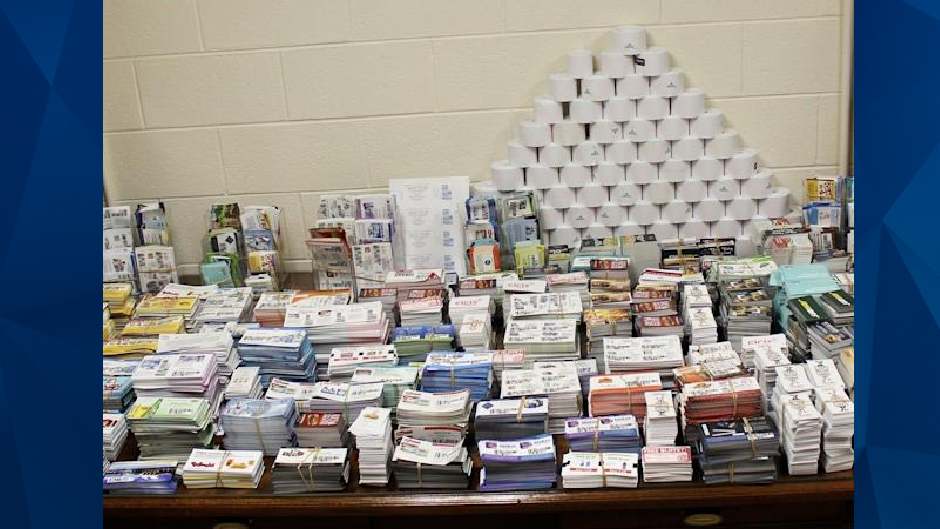 ‘Extreme Couponer’ Swindled Businesses Out of $32 Million With Counterfeit Coupons

A Virginia woman was sentenced on Tuesday to 12 years for allegedly devising a coupon fraud with her husband that involved selling at least $31.8 million in counterfeit coupons to consumers.

“Talens accepted payment through popular payment applications or by virtual currency and sometimes exchanged coupons for stolen rolls of the special paper stores use to print out coupons,” the FBI said in the statement.

The Virginian-Pilot reported that Talens printed out the counterfeit coupons on high-quality paper and they included barcodes that worked at supermarkets and department stores. The coupons also included corporate logos and product images to make them look even more real.

The FBI said the illicit scheme furnished a lifestyle that allowed Talens to pay for high-end home renovations and trips her for herself and her family.

Investigators who executed a search warrant at Talens’ home found $1 million in fraudulent coupons. Assistant U.S. Attorney Joseph Kosky said Talens’ coupons were so convincing that counterfeit coupon experts were needed to determine they were fake, The Virginian-Pilot reported.

According to the news outlet, most of the fake coupons allowed the shopper to get an item for free. In instances where the value of the coupon was more than the item, the shopper would get cashback for purchasing the item.

Prosecutors said 100 retailers were affected by Talens’ scheme — including one which reported $8 million in losses.

“And last month, that counterfeit coupon maker was sentenced to more than 12 years in prison and ordered to pay $31.8 million in restitution to the retailers and manufacturers who suffered losses in her scheme,” the FBI said, noting that the figure appears to be a “conservative estimate” of how much money Talens and her subscribers stole from retailers.

Talens’ husband, Pacifico Talens Jr., was sentenced last month to more than seven years for his role in the multimillion scam. Kosky said the husband was mainly responsible for shipping the fraudulent coupons.

A judge allowed the couple to remain free on bond for the past few weeks so they could handle arrangements for their three children.