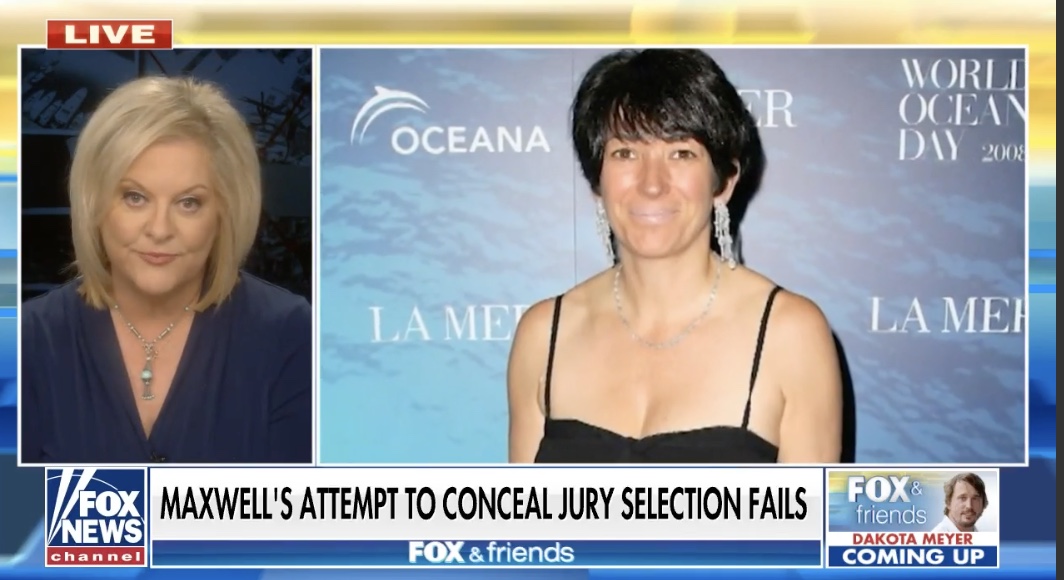 CrimeOnline’s Nancy Grace says she’s “love to be either the prosecutor or a juror” when Jeffrey Epstein pal Ghislaine Maxwell goes on trial next month.

And yes, she told Fox News, Maxwell most certainly would have run if the US District Court judge in her case had granted the wealthy socialite bail.

“Don’t you remember them trying to find her, looking all over the world?” Grace said. “She’s at an LA In and Out burger, she’s at the French Riviera. She was everywhere other than court.”

Maxwell was finally arrested in July 2020 in New Hampshire and brought back to New York to face sex trafficking and perjury charges. She’s accused of procuring girls for Epstein.

“She would go out and troll for little girls for him to molest,” Grace said. “Let me add, little girls about the age of my daughter Lucy, and oh, how I would love to be either the prosecutor or a juror in this case.”

Grace said that Maxwell’s attorneys filed motions to question jurors privately — and keep their answers secret — about their opinions of wealthy people, fearing a blue collar jury might convict and send her to prison for decades. The judge denied the motion, Grace said, but even if the questions had been allowed, potential jurors asked if they dislike ostentatious wealth were likely to answer “no, we just don’t like child molesters.”

As for Maxwell’s relationship with Epstein — who died in jail awaiting his own trial on sex trafficking charges — Grace noted that many observers have said Epstein may have taken the place of her father, publishing magnate and fraudster Robert Maxwell, after his death in 1991.

“The reality is she fell for him. She was in love with him,” she said. “He couldn’t stay true to one single woman. And he ’s a perv.”