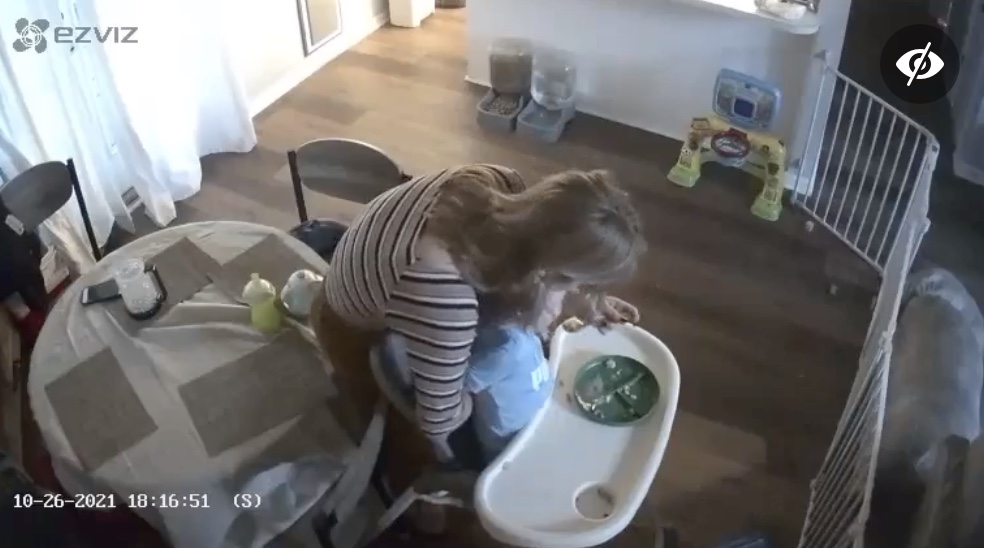 A North Carolina nanny was arrested this week after she was seen on a nanny cam force-feeding a 2-year-old boy.

Max Oglesby posted a short clip on Facebook of what he said was a two-hour video of the nanny, Lauren Rowe, wrenching his son’s arms behind him while forcing bites of a pot pie into his mouth.

She’s also seen holding her hand over the boy’s mouth to prevent him from spitting the food out.

Rowe was charged with misdemeanor child abuse when she was arrested on October 27. She was given a $2,500 bail and bonded out 30 minutes after her arrest, the New Bern Sun Journal said.

Oglesby told the news paper that he and his wife Laura were an hour away when they took a look at the nanny cam and caught the abuse live. They called his mother and sent her to take over for the babysitter.

The couple took the video to New Bern police, and Oglesby said detectives are looking through more footage captured over the past three weeks of Rowe’s time with the boy.

“You don’t expect it to happen to yours,” said Max Oglesby. “She was recommended to my wife on a Facebook group for New Bern moms. … I feel like we took the right steps.”

The couple interviewed Rowe before agreeing to leave their children with her, and, they said, she knew about the nanny cams.

“She knew that we would be checking in from time to time,” Max Oglesby said.

The Oglesbys said their son was bruised after the incident, and Craven County Sheriff’s Office Maj David McFadyen noted that the bruises pointed to Rowe being charged with a misdemeanor instead of a felony, which is reserved for serious physical or mental injury.

Rowe is due in court on the charge on November 8.