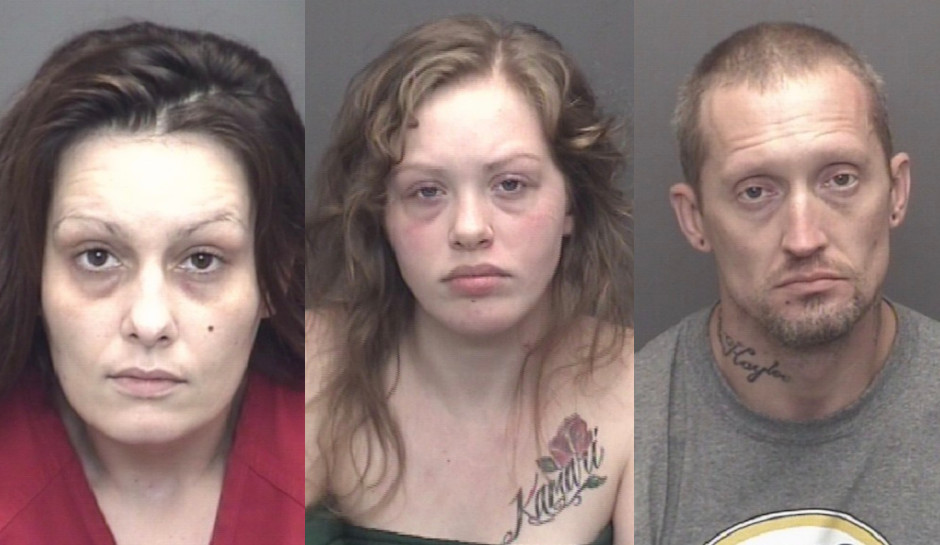 Three young Indiana children “got hold” of a baggie of fentanyl pills this week and ingested them, leaving one toddler dead and two others hospitalized.

Six people have been arrested in relation to the incident, including 3-year-old Kamari Opperman’s mother and grandparents.

Emergency crews were called to the Evansville home Wednesday morning, the Courier & Press reported. They found Kamari dead and a 4-year-old and a 2-year-old showing signs of an overdose. They administered Narcan to those two children and rushed them to a hospital, where they are listed in stable condition.

Detectives also said than an infant at the home may have been “exposed” to fentanyl.

No one at the home took Kamari to the hospital or provided medical treatment to the other children until emergency crews arrived, investigators said in a probable cause affidavit. Kamari’s grandmother, 32-year-old Amber Michelle Opperman, told investigators the children somehow “got hold” of the baggie full of pills.

“This tragedy needs to serve as a wakeup call to our entire community,” Vanderburgh County Prosecutor Nick Hermann said. “ … If protocol hadn’t been broken yesterday and those children taken directly to a medical facility, I don’t think we’d be talking about (only) one dead child.”

Additionally, Allison Marcia Smithler, 22, and Jazmynn Alaina Brown, 23, are charged with neglect of a dependant and drug charges, and Arcinial Montreal Watt, 33, faces two counts of dealing a controlled substance. Watt allegedly told investigators he brought the fentanyl into the house.

According to Hermann, investigators found more than 5,600 fentanyl pills inside the house.

The probably cause affidavit says that Smithler was supposed to be watching the 4-year-old Wednesday morning but left the house, where she lives with Makaylee Opperman and Brown. The children found the drugs in a nightstand, police said.

“This was absolutely preventable. I think that’s the biggest thing,” said Evansville Police Sgt. Anna Gray. “I think it’s easy for people to turn a blind eye when we’re talking about adults who use narcotics and overdose. People can kind of separate themselves from that.

“But we’re talking about a child who had no idea what this could do.”

Amber Opperman has been released from custody, but the other five remain behind bars.