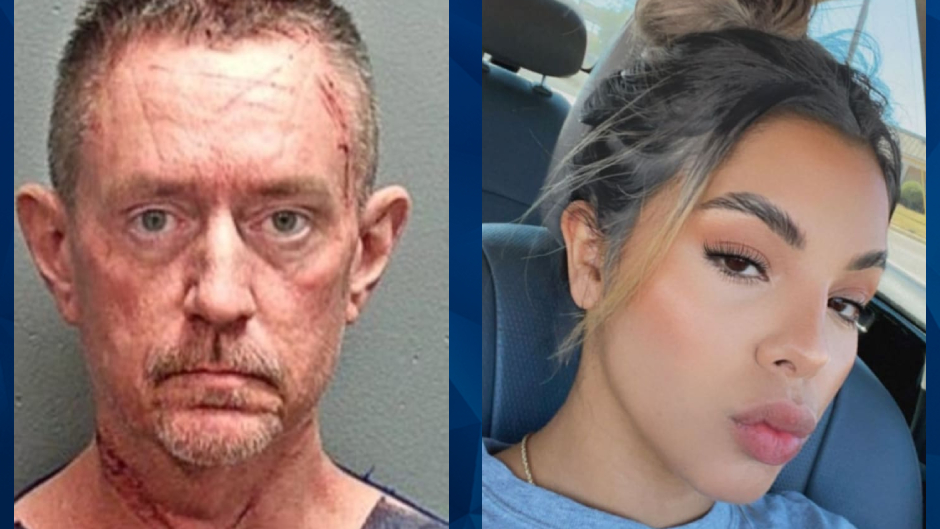 A Texas man allegedly stalked and harassed an exotic dancer at the club she worked at before murdering her last week.

Stanley Szeliga, 54, is accused of fatally shooting Abigail Saldaña, 22, who was found dead on October 26 in a vehicle along State Highway 183 in Fort Worth. Items in Saldaña’s vehicle led investigators to learn she worked nearby at Rick’s Cabaret — where the manager revealed that Saldaña complained about a customer named Stan harassing her, according to The Dallas Morning News.

The Morning News reported that Saldaña was shot in her arm and back, and her vehicle had three bullet holes.

The Daily Beast reported that less than two weeks before her murder, Saldaña posted on her private Instagram page about finding a tracking device underneath her car.

“This was literally on my car like this. This is why you have to be careful. I don’t know what to do moving forward with this. But this definitely looks like a tracker to me,” she said in the video, according to KXAS.

The victim’s mother told KXAS that she encouraged her daughter to contact the police about the tracking device, but she does not know if she did.

Fort Worth police officer Tracy Carter confirmed to the news outlet that detectives have identified the device, though they are unsure how long it has been operational.

Around the same time Saldaña posted the cautionary video, Szeliga allegedly posted on Instagram that he “was taken advantage of” by Saldaña — with who he “envisioned a future.”

He reportedly also wrote, “If you only leave your second job, being in a high-end prostitution ring we could move forward. Yes, this pays $2000 per session, but it’s illegal. And having a boyfriend whilst having sex with other men?!”

Detectives said that three hours before the shooting, Szeliga wrote online about paying Saldaña $3,000 and threatening to report her for possible prostitution.

At some point, Szeliga allegedly posted screenshots of messages between him and Saldaña and bank statements suggesting he paid her thousands of dollars.

Police used an address shown in one of those posts to identify Szeliga as a customer at Rick’s Cabaret; license plate readers confirmed Szeliga’s truck had been near Saldaña’s home on several instances, implying he was stalking her, The Morning News reported.

Per an affidavit, license plate readers at an intersection also showed Szeliga’s vehicle closely following Saldaña roughly 17 minutes before someone reported seeing Saldaña veer off State Highway 183. The location where Szeliga’s car was spotted was approximately 17 miles from where Saldaña was found fatally shot.

Police wrote that after Szeliga did not come to an agreed-upon location, SWAT apprehended him on the balcony of his apartment. He was reportedly found with injuries on his face and neck that appear to be self-inflicted.

Szeliga was arrested on murder charges and he and remains jailed on a $250,000 bond. Police have not revealed a motive in last week’s shooting.