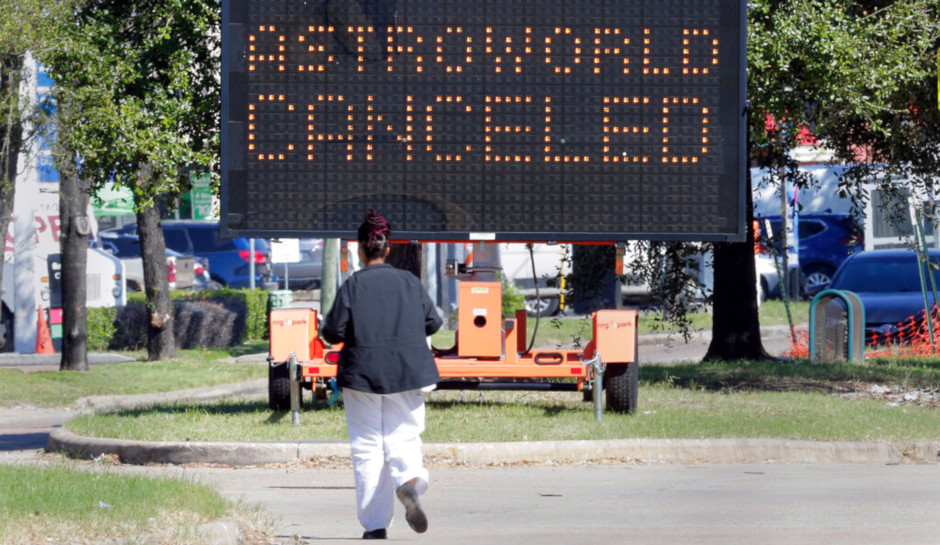 Organizers cancelled the rest of the weekend performances at Houston’s Astroworld Festival at NRG Park after a chaotic opening night in which eight people died and hundreds more were injured.

Investigators are still trying to to determine what caused the casualties. Houston Mayor Sylvester Turner said the dead victims ranged in age from 14- to 27-years-old, and the age of one of the victims wasn’t yet clear.

“There are a lot of rumors on social media,” Turner said, according to KTRK. “Let me caution people not to buy into the rumors. Nothing is off the table in terms of persons who were there, people who fainted, people who were transported. As far as a crowd surge, all of those things are being looked at. It’s way too early to draw any conclusions.”

Houston Police Chief Troy Finner confirmed reports that at least one person may have been injected with something by syringe during the chaos.

“We do have a security guard, according to the medical staff that was out and treated him last night, that he was reaching over to restrain or grab a citizen, and he felt a prick on his neck,” Finner said.

Medical personnel said the security guard lost consciousness and was treated with Narcan, Finner said, adding that investigators have not yet found that security guard to talk with him.

“There were some individuals that were trampled, and we want to be respectful of that,” Finner said. “We just ask that you give us time to do a proper investigation.”

While there were signs of possible trouble earlier in the night, the worst began around 9:15 p.m. while festival founder Travis Scott was performing.

“The crowd began to compress toward the front of the stage, and people began to panic,” Houston Fire Chief Samuel Peña said, as CrimeOnline previously reported.

Medical personnel transported 25 people to hospitals, 17 of whom were transported during the worst of the panic, Peña said. By Saturday afternoon, 13 people were still hospitalized, according to the mayor — five of them younger than 18, KTRK reported.

Houston Police Executive Assistant Chief Larry Satterwhite was working the festival Friday night and told reporters that “once we started having the mass casulaty incident … it all happened at once.”

“It seemed like it happened over the course of just a few minutes. Suddenly, we had several people down on the ground experiencing some type of cardiac arrest or some type of medical episode,” he said.

Ambulances were stationed at the park for the weekend festival, but they were quickly overwhelmed by the injuries. According to Finner, once it was obvious there was a serious problem occurring, organizers shut the show down.

Festival organizers released a statement Saturday morning saying their focus was “on supporting local officials however we can.”

“As authorities mentioned in their press conference earlier, they are looking into the series of cardiac arrests that took place,” the statement said. “If you have any relevant information on this, please reach out to Houston Police. Thank you to our partners at the Houston Police Department, Fire Department, and NRG Park for their response and support.”