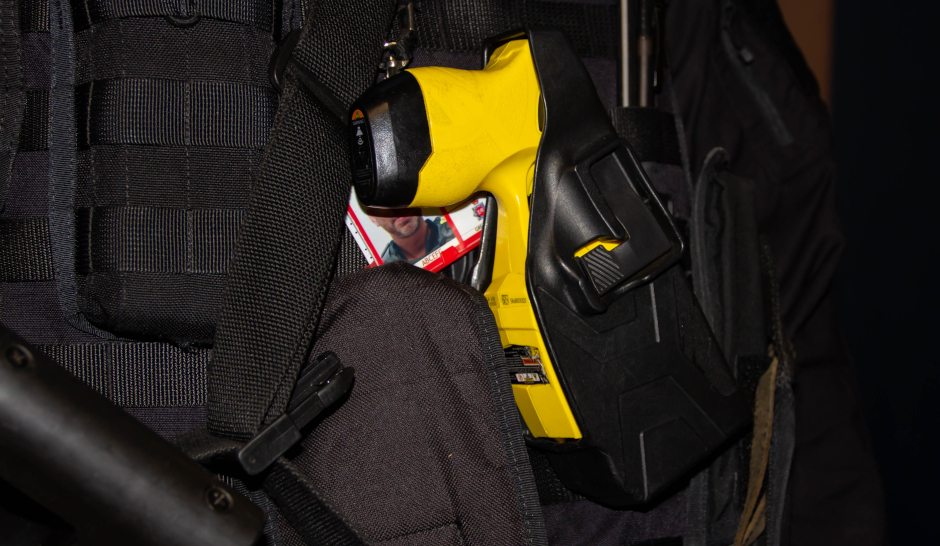 A New York man — who had apparently doused himself in hand sanitizer — is hospitalized in grave condition after he burst into flames when police officers trying to subdue him deployed a Taser.

Catskill police said that Jason Jones, 29, appeared to be intoxicated last weekend when he entered the police department and got into an altercation with officers, the Albany Times-Union reported.

Police Chief Dave Darling said officers were familiar with Jones and “were afraid he was going to hurt himself.”

Darling, who called the incident “horrible,” would not comment on a report from a law enforcement source that Jones stripped off some of this clothes and doused himself with the hand sanitizer in front of the officers.

An attorney for the Jones family said he’s asked for “preservation of all records and written materials” about the incident, but Kevin A. Luibrand, the attorney, had no further comment.

Darling said that Catskill police officers do not wear body cameras, but the police station is equipped with cameras.

Jones, who is in intensive care at Upstate University Hospital in Syracuse, was a high school sport standout more than a decade ago.