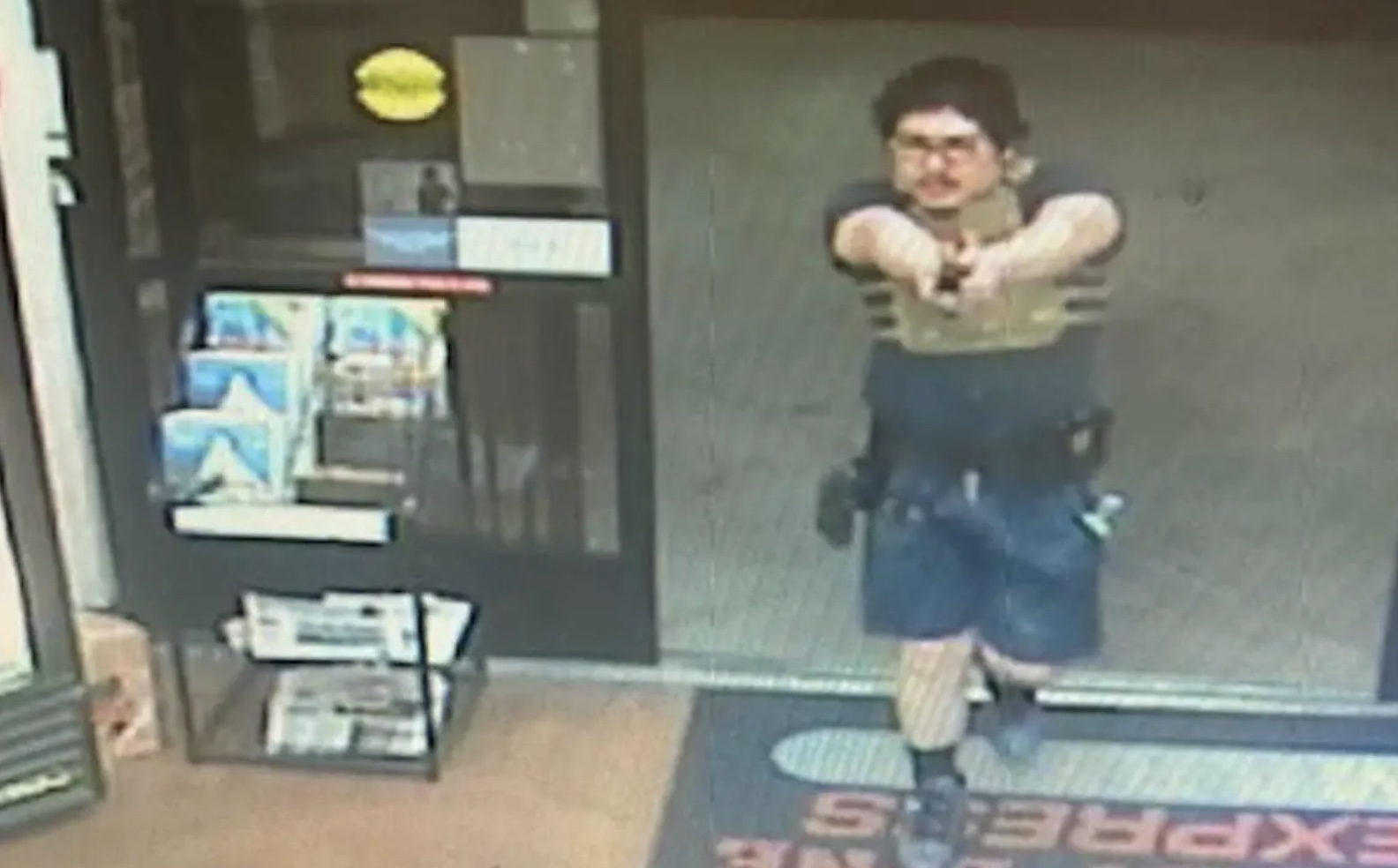 A 22-year-old Nevada man in a tactical vest and a gunbelt went on a rampage in Las Vegas on Thursday, killing one man and robbing another person on the street.

Jesus Javier Uribe — facing seven charges, including murder, attempted murder, robbery, burglary and shooting into an occupied structure — refused to attend a scheduled hearing on Friday. He was ordered held without bail, according to the Las Vegas Review-Journal.

Police said Uribe fired more than 20 round outside and inside the Short Line Express Market, where he shot a man sitting in a car waiting for his girlfriend, who was inside the store when shooting started at about 12:30 a.m..

The victim was identified as Curtis Abraham, a 36-year-old Las Vegas filmmaker. He was taken to University Medical Center, where he was pronounced dead.

“This could’ve been extremely worse,” Metropolitan Police Department Lt. Ray Spencer said. Spencer said Uribe was arrested in a neighborhood a little more than a mile from the shooting scene after a brief standoff.

Investigators say Uribe robbed someone on the street not long before the shooting and then fired into an empty car in the parking lot of the convenience store. He went into the store, where he fired multiple rounds and sent customers and staff scrambling for cover. No one was hit inside the store, and Uribe remained inside for about two minutes before leaving on foot.

Police put out a surveillance photo of the suspect not long after the shooting and asked for the public’s help finding him. Spencer said a tipster helped identify him, and his family helped locate him.

A motive for Uribe’s spree has not been revealed by police. He is expected in court again on Tuesday.