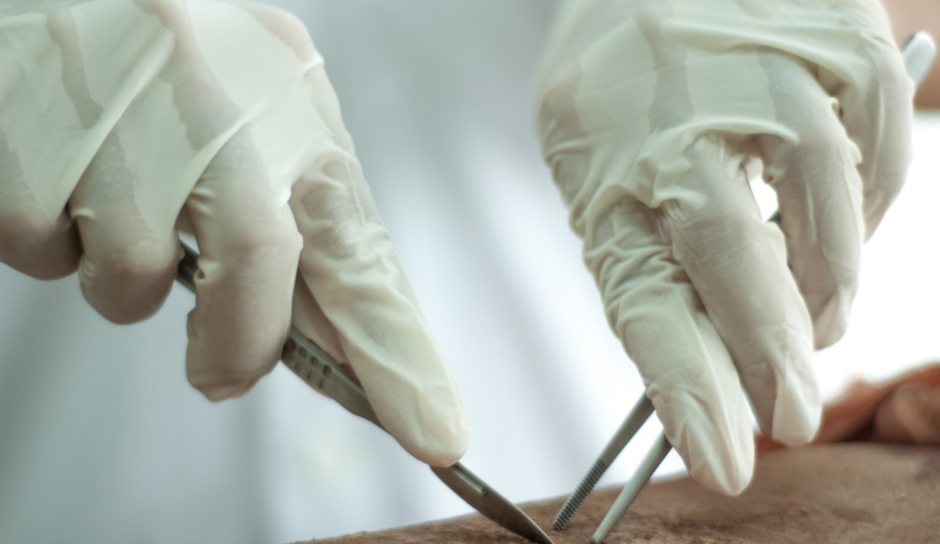 A district attorney is looking into a live dissection performed on a deceased Louisiana man for paying customers at an Oddities and Curiosities Expo in Oregon last month.

East Baton Rouge Parish DA Hillar Moore told KING5 that he wanted “to see what potential criminal violations, if any, that they have for this or if there aren’t any, is there any potential legislation to stop this from happening?”

KING5 revealed the “expo” at a Marriott hotel ballroom in Portland, Oregon, on October 17 — and the reporting eventually got a second such event, planned for Seattle, cancelled.

The Portland event, however, featured the body of 98-year-old David Saunders, a World War II and Korean War vet who died of COVID-19 and donated his body to medical science. Instead of a university or other research lab, Saunders signed a contract with Med Ed Labs in Las Vegas, which sold it to Jeremy Ciliberto, founder of DeathScience.org and organizer of the Oddities and Curiosities Expo.

Ciliberto, whose @deathscience account has a million followers on TikTok, told KING5 that his event was “not a sideshow” and was “very professional.”

Saunders’ widow, Elsie Saunders, was horrified and said she had no idea about the expo until KING5 telephoned her.

“As far as I’m concerned, it’s horrible, unethical, and I just don’t have the words to describe it,” she told The Advocate. “I have all this paperwork that says his body would be used for science — nothing about this commercialization of his death.”

Med Ed Labs, for its part, said that Ciliberto misled them. The organizer “deceived us repeatedly,” the company said, telling them the body would be dissected for “academic students, paramedics and personnel within forensic pathology fields.”

DiLeo was investigating before the expo actually took place and had convinced the Downtown Courtyard Marriott, where it was first scheduled, to cancel. But Ciliberto moved the expo to the Marriott Downtown Waterfront, which refused to cancel.

Ciliberto himself cancelled an event scheduled for Seattle.

“Unfortunately for Seattle and the north west, team members have decided to cancel the event in your area,” he said in an email to KING5.

Meanwhile, Moore and DiLeo both want to see laws that would stop such for-profit exploitation of a deceased human body.

“We need to have a law in place where this doesn’t happen again,” said DiLeo.

“It’s called a gift, which is his body,” Moore said. “It’s made for professional medical science. It’s not for people to come, go around and look and just get experience, put your hands on somebody’s body part for $500.”

Med Ed Labs said it was shipping Saunders’s body back to his family in Louisiana, and Ciliberto said he plans more “pay-per-view” dissections.