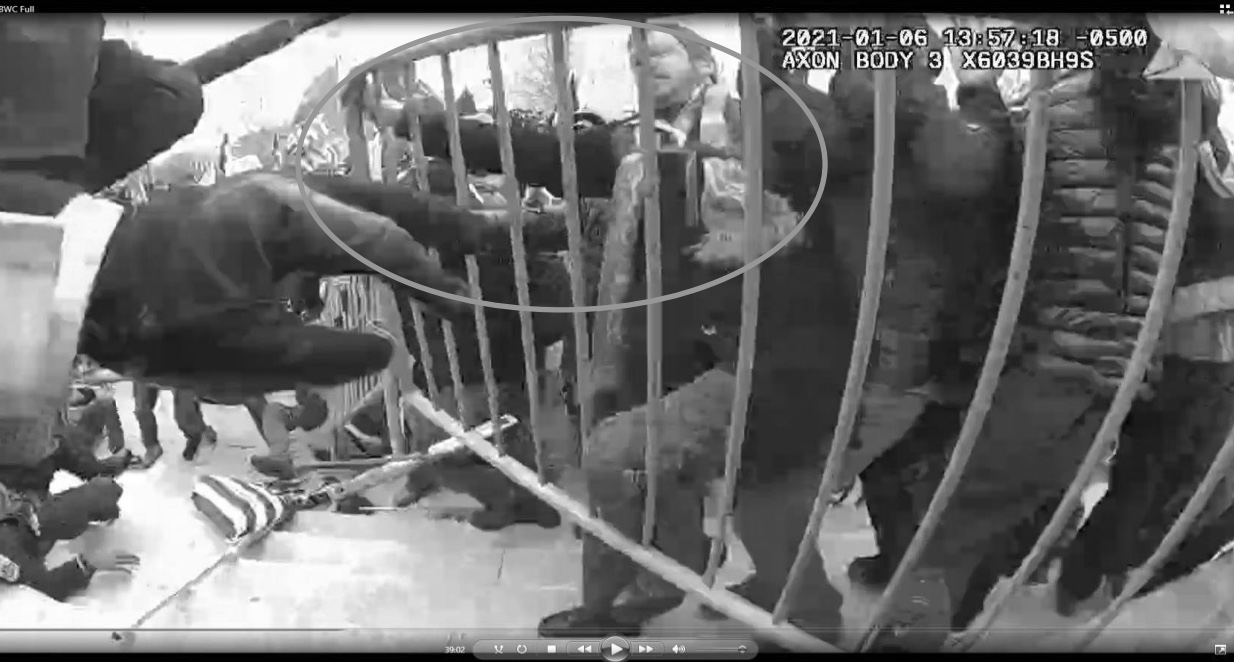 A California man wanted for his actions during the January 6 insurrection at the US Capitol has fled to Belarus, where he is seeking political asylum.

Evan Neumann faces six counts in the District of Columbia, including assault of a police officer, but according to an interview he did with a state-run television channel in Belarus, he is fleeing “a political persecution.”

“I do not consider myself having inflicted any harm,” he added. “One of the charges was particularly insulting, namely, that I hit a police officer. This has no grounds at all.”

Photos including with the Department of Justice complaint against Neumann — from body cameras worn by officers on duty on July 6 — show him and others wrestling with officers over barricades they had set up to keep the rioters away from the Capitol. Those efforts failed, and Neumann is seen using a barricade as a battering ram slamming into officers who are attempting to fall back from the crush of angry supporters of defeated presidential candidate Donald Trump.

Prior to breaking through the police line, the affidavit says, Neumann can be heard on the body camera footage shouting at the officers, telling them they are “defending the people who are going to kill your f****** children” and calling them “pieces of s***” and “little b******.” At one point, he tells a specific officer, identified as J.M. in the affidavit, that he has “no pride, no honor, you’re nothing” and “I’m willing to die. Are you?”

Neumann’s cell phone also shows him in several locations inside the Capitol throughout the afternoon.

Neumann said during the television interview that he fled the United States in March and made his way on foot through terrible circumstances to reach Belarus, ruled by pro-Putin strongman Alexander Lukashenko for the past 27 years, especially after security forces in Ukraine began to follow him, according to NBC.

Lukashenko has accused the United States of attempting to despose him. Both the US and several European nations have imposed economic sanctions over the authoritarian’s handling of the last presidential election in 2020. The dictator’s government has brutally cracked down on a pro-democracy movement in the country, prompting allegations of detentions and beatings.