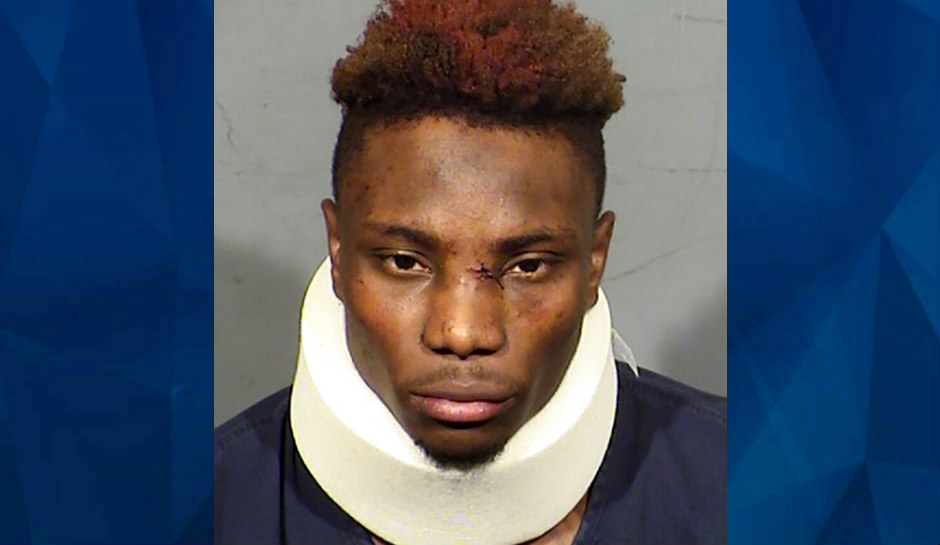 HEAR IT: ‘All I See Is Flames,’ 911 Caller Says After Former NFLer Henry Ruggs Crash

Former NFL wide receiver Henry Ruggs was charged with four felonies Wednesday relating to a fiery auto crash that killed a woman and her dog.

Ruggs, 22, didn’t attend the hearing, but his attorney said that his client received a copy of the complaint against him. Court records show Ruggs entered a not guilty plea, according to the Las Vegas Review Journal.

Twenty-three-year-old Tina Tintor and her golden retriever died when her SUV burst into flames after Ruggs allegedly rammed his Corvette into it at a high rate of speed on November 2, as CrimeOnline previously reported.

Arrest reports said that Ruggs was driving 156 mph before the crash and slowed to 127 mph just before the impact. Those reports said that Tintor’s vehicle travelled an additional 570 feet after impact, while Ruggs’ travelled another 520 feet. Ruggs and his girlfriend, Rudy Washington, were both hospitalized with substantial but not life-threatening injuries, the Review Journal said.

Newly released 911 calls reveal that one caller didn’t believe anyone was inside the burning SUV, although he did report hearing “a lady screaming for help.” “She’s trapped,” he says.

The caller mistook Ruggs’ Corvette for a Lamborghini, saying that car “was probably speeding.”

“I heard loud noises and then a big collision,” he said.

A second caller asked for help immediately. “All I see is flames, and it’s almost all gone,” she says, adding, “Someone’s in there, I think.”

On Tuesday, the Clark County Fire Department released dispatch calls to its personnel. The initial dispatch said no one appeared to be inside the SUV, but later, the dispatcher updates: “The vehicle that’s on fire, my person believes there might be somebody inside the vehicle.”

Ruggs, who played for the Las Vegas Raiders, was released by the team the night of the accident.

See all CrimeOnline’s reporting of this horrific crash.