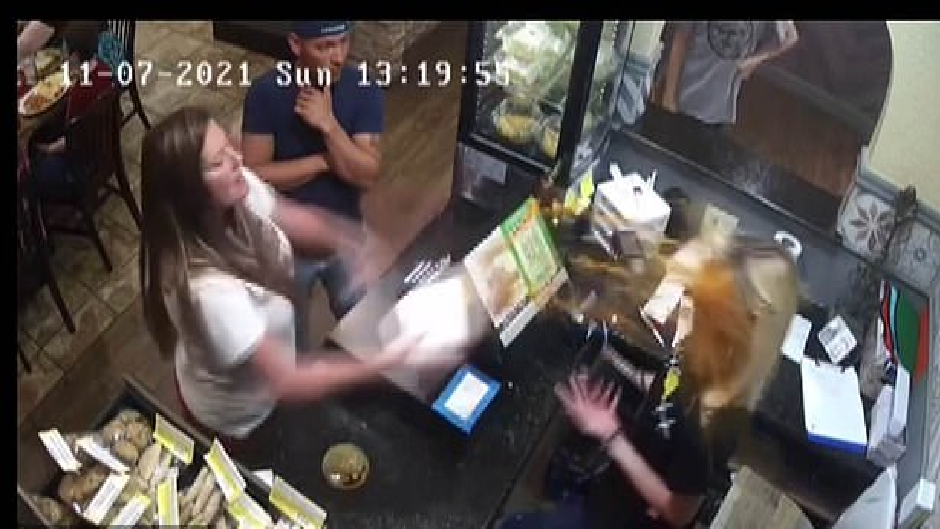 A Texas woman is facing criminal charges after surveillance footage surfaced which reportedly shows her throwing hot soup on a restaurant manager on Sunday.

According to KCEN, a video posted to TikTok shows a patron assaulting Jannelle Broland at Sol De Jalisco in Temple. Police said the patron first called the restaurant to complain about her soup being so hot that it melted the container’s plastic lid.

The woman eventually returned to the restaurant and argued with Broland, who is seen behind the counter in the footage. The woman is then seen taking the lid off the soup before abruptly launching it in Broland’s face. She then leaves with a man who was standing next to her.

@section_8_A Karen in training! @Nelly -The cashier, did not deserve this! #roborockrun #fyp #fypシ #karen♬ Oh No – Kreepa

KCEN reported that the woman was banned from the restaurant and criminal charges are pending.

Broland told the news outlet that the soup was not hot but the spices burned her eyes.

“My nose was burning. It kind of took my breath away for a second because just the burning I was really in shock from it all,” she said.

Authorities have not named the customer involved in Sunday’s incident; it is also unclear what charges she is facing.