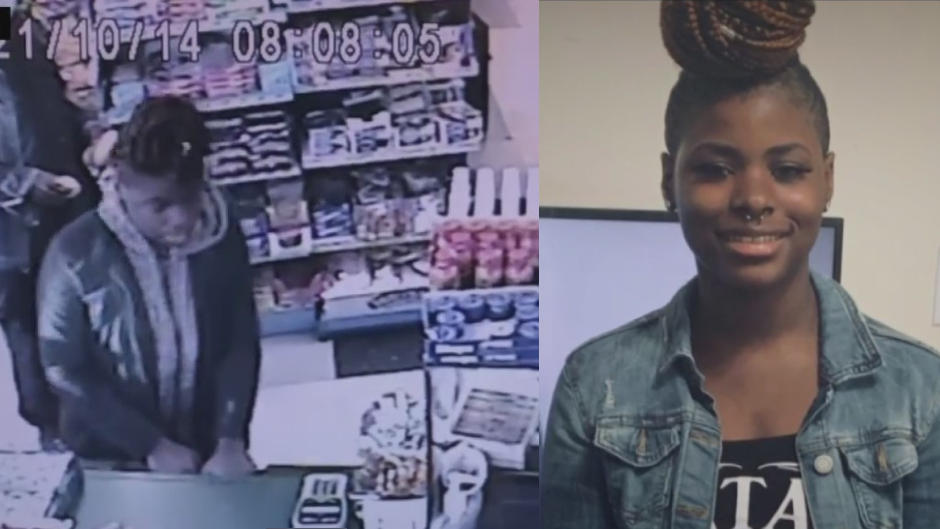 A recently-released surveillance video reportedly shows a New Jersey girl who has been missing since mid-October on the day she disappeared.

WCBS obtained footage showing Jashyah Moore, 14, at U.S. Market in East Orange, one of the two delis she visited on October 14. Moore can be seen putting several items on the counter before a man also approaches the counter and leaves behind the teen.

Staff at U.S. Market previously told WPIX that a man wearing a mask paid for Moore’s items. Police said that man — and Moore’s stepfather — are cooperating with their ongoing investigation.

Moore was last seen on October 14 at Poppie’s food market in East Orange. Her mother told WPIX that her daughter first went to U.S. Market that morning to purchase paper towels and juice, but she came back home because she lost the card to purchase the items. The mother reportedly told her to go back and retrace her steps.

Translating for the manager at Poppie’s, his daughter told WCBS that Moore “told him that she lost her EBT card.”

“He told her you can come around 2 p.m. and we can check the camera for you, but she never came,” the manager stated, via his daughter.

Moore’s family was originally unaware she also went to Poppie’s on October 14. Police said they obtained surveillance footage showing her at that market the same day she vanished, according to reports.

Moore’s aunt said the teen’s estranged stepfather is an East Orange police officer who is facing an assault charge for an incident last year in Irvington. The aunt said the stepfather punched Moore twice in the face.

However, Essex County prosecutors told WPIX that they do not believe Moore’s disappearance is connected to the assault case involving her stepfather.

On Wednesday, the Essex County Prosecutor’s Office and other agencies said they originally investigated Moore’s disappearance as a possible runaway case. A search of a nearby park and body of water has turned up nothing, according to WCBS.