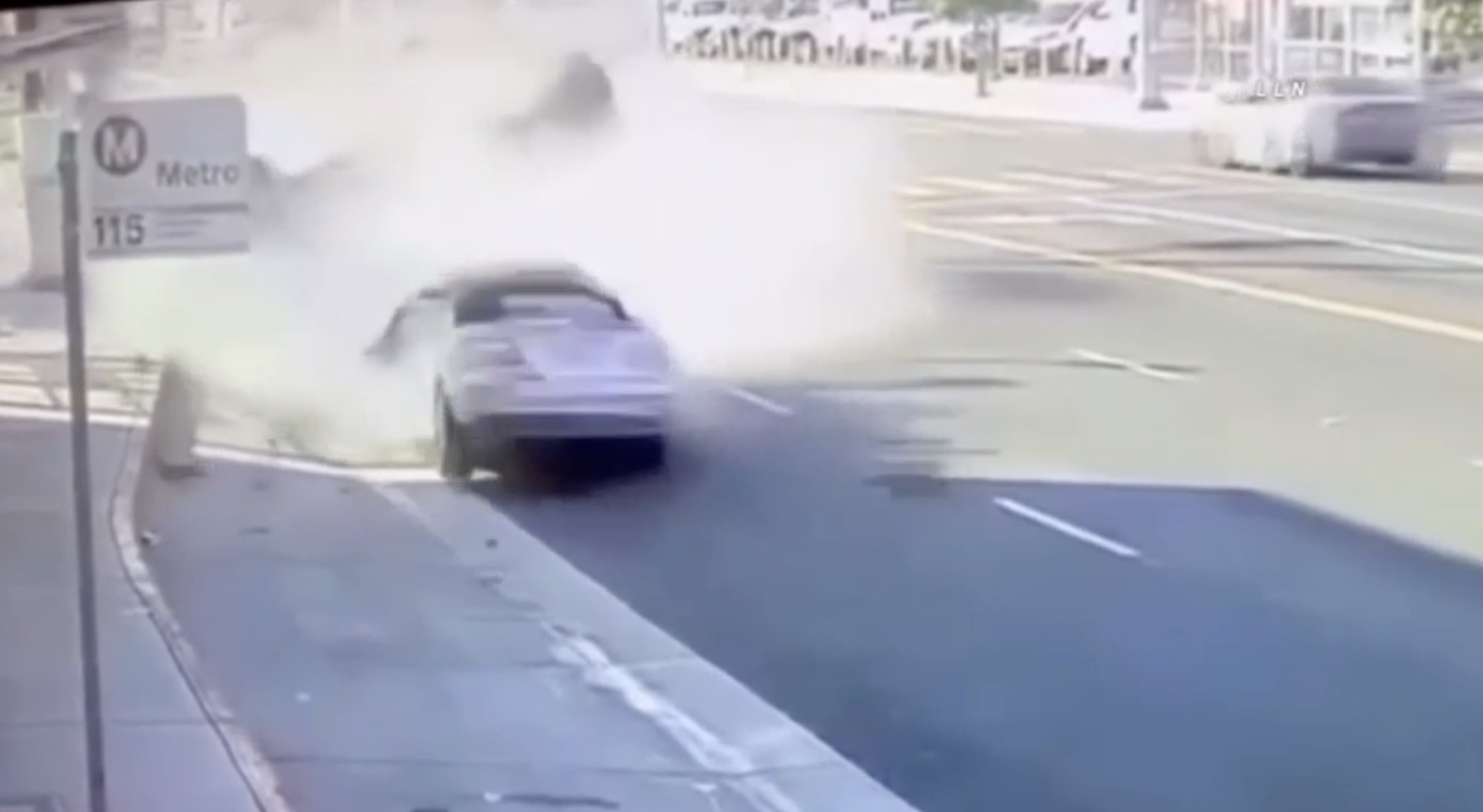 An off-duty Los Angeles County Sheriff’s deputy slammed into a car carrying a 19-year-old girl and her 12-year-old brother on Wednesday, killing the boy and injuring the woman.

Police in South Gate have not identified the deputy and are still investigating the crash. They say speed may have been a factor, KABC reported.

Surveillance video shows the car driven by Alexa Rodriguez on November 3 begin to make a left turn at San Juan Avenue and Firestone Boulevard when it is T-boned by a pickup truck driven by the deputy.

The horrific crash shoved the Rodriguez vehicle 75 feet down the street and left it mangled and nearly split in half in the middle of the road, while the truck rolled and came to rest on the cab.

The family said in a GoFundMe that Alexa suffered a concussion, broken bones, and cuts but was released a few days after the crash. Her brother, Isaiah Suarez Rodriguez, suffered severe injuries to his head, brain, and abdomen and was pronounced dead after several hours of attempts to safe his life.

Two people in the truck were also transported to a hospital, KTLA said, but their conditions weren’t reported.