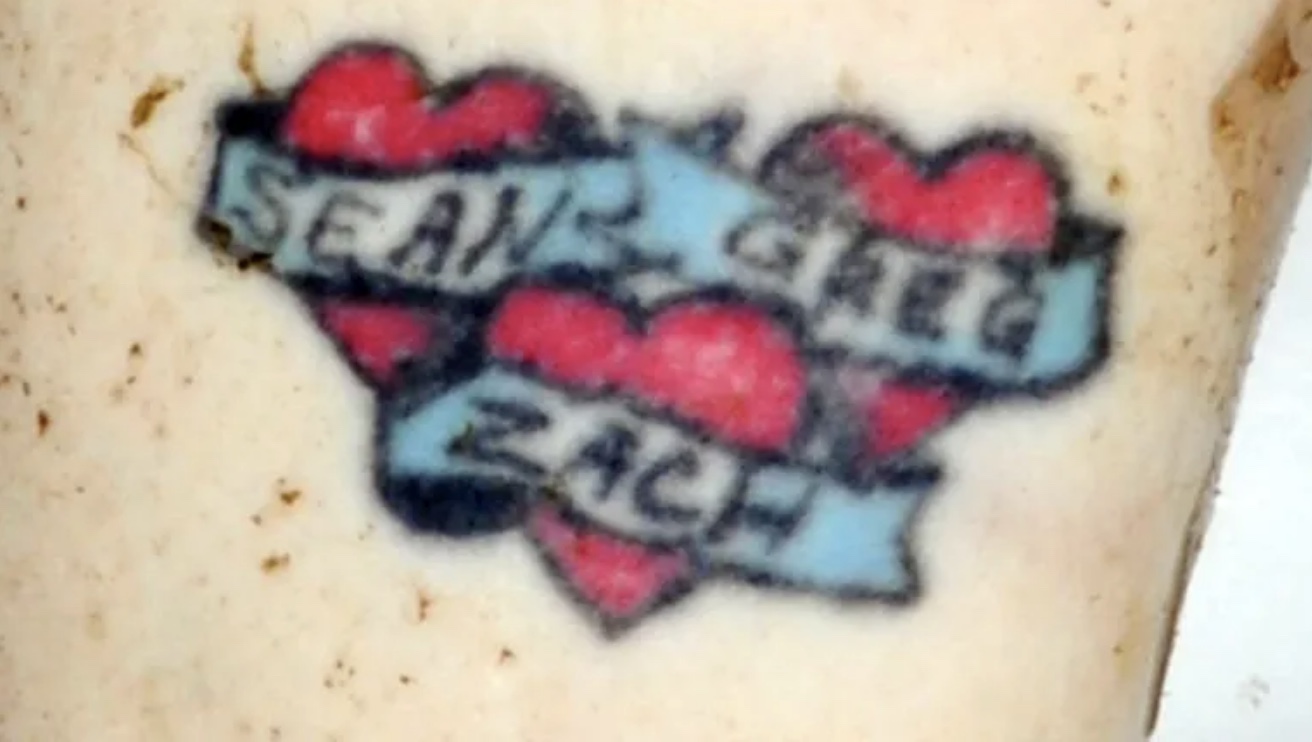 Fisherman have found human body parts in Tampa’s McKay Bay twice in the last two days, and police are hoping a tattoo found on one of them will bring some answers.

Fox 13 said dive teams were out in the bay, a shallow body of water on the northeast corner of Tampa Bay, on Thursday, but it wasn’t clear if they returned on Friday.

“I was putting out my lines getting ready to go fishing and all of the sudden I see this lump, what looked like a catfish, start floating by and as it gets closer to me I start realizing it looks more like a human leg,” Friday’s fisherman told the television station.

The discovery on Thursday was also reported to be a leg, but it’s not clear if the two are connected. The leg found on Friday had a distinctive tattoo: three red hearts, with a light blue ribbon wrapped around each one. The names Sean, Greg, and Zach were inside the ribbons.