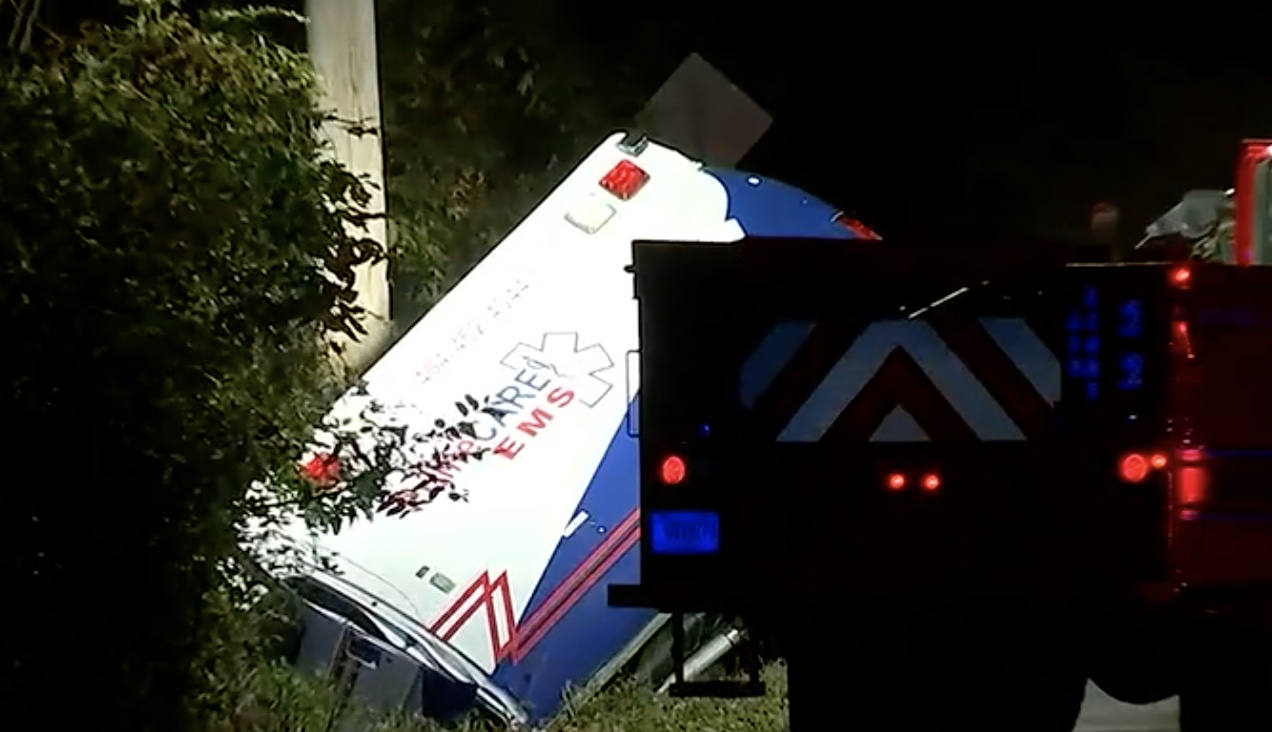 A Georgia paramedic has been charged with DUI and homicide after he allegedly drove his ambulance into a ditch, killing an unrestrained patient in the back.

The Georgia State Patrol said the wreck happened at about 7:30 p.m. on Friday in Fairburn as the 34-year-old certified paramedic was driving a non-emergency call in a 2007 Ford Econoline Prime Care EMS ambulance, WSB reported. The driver “failed to maintain” his lane and drove off the roadway.

The ambulance overturned, investigators said, and 66-year-old Wilton Thomason suffered fatal injuries. The investigation determined he had not been properly restrained.

State police said the driver, identified as Kevin T. McCorvey, has been charged with DUI, homicide by vehicle 2nd degree, failure to maintain lane, and possession of an open container. A passenger was traveling in the front seat of the vehicle and was not injured; it’s not clear if the passenger was related to the patient or connected with the driver.