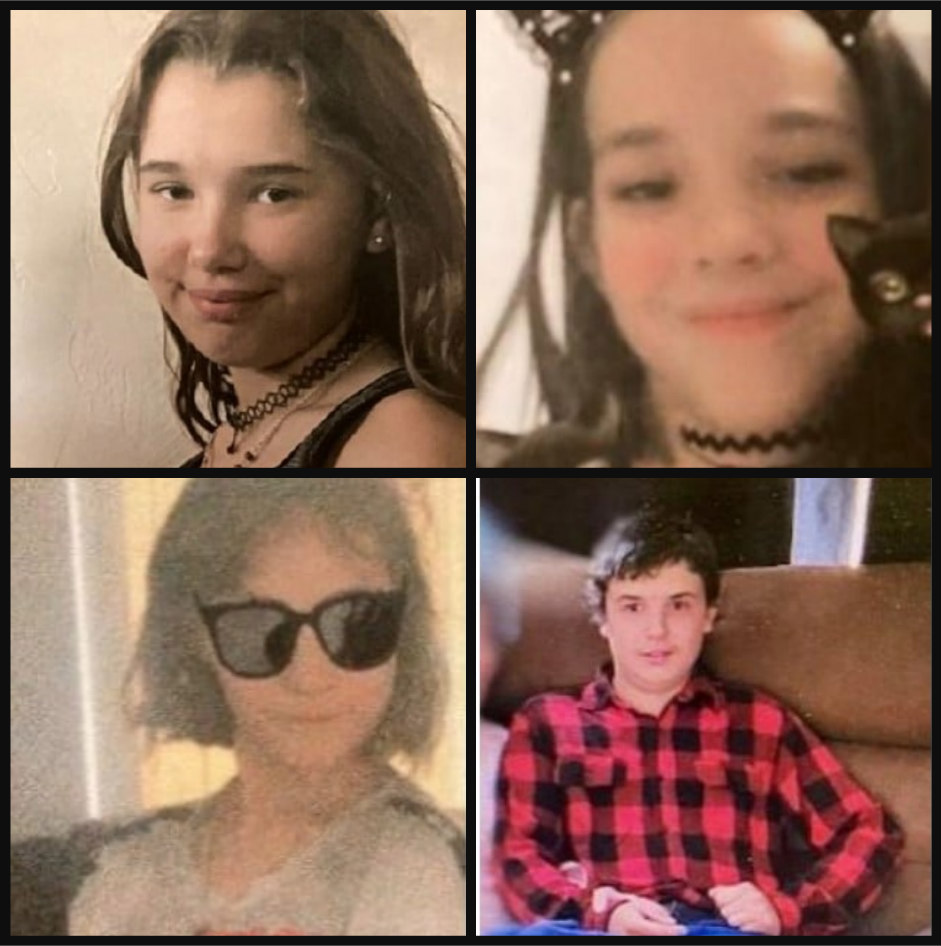 A teenager and his three younger sisters have gone missing in Minnesota, and authorities are asking for the public’s help to find them.

The siblings are said to have left their residence in St. Anthony Village, a Minneapolis suburb, around 5 p.m. Friday.

Police have identified the children as 16-year-old Joshua Vanderslice and his three younger sisters — Rose Vanderslice, Katelyn Crosser, and Rosalina Crosser — who are each 12 years old. The four reportedly left the home on foot and have not come back.

Joshua Vanderslice was last seen wearing a white and blue flannel shirt with blue jeans and brown steel-toe boots. He is 5-foot-7, weighs about 125 pounds, and has brown hair and brown eyes. He has a high-functioning form of autism, according to a Facebook post from the Saint Anthony Village Police Department.

Rose Vanderslice is 5-foot-2 and weighs about 95 pounds. She has golden/brown hair and brown eyes. She was wearing an unknown color shirt with blue jeans and navy-blue Crocs, the police department reports.

Katelyn Crosser is about 5 feet tall and weighs approximately 75 pounds. She has golden/brown hair and hazel-colored eyes. She was last seen wearing an unknown color shirt and shorts with fuzzy, black slippers.

Rosalina Crosser is 5-foot-2 and weighs between 80 and 90 pounds. She has short blonde hair and was wearing an unknown color shirt and shorts, according to the police department.

It is not clear where the children were headed.

To report information about the children or their location, call 911 or the Saint Anthony Village Police Department at 952-258-5334.