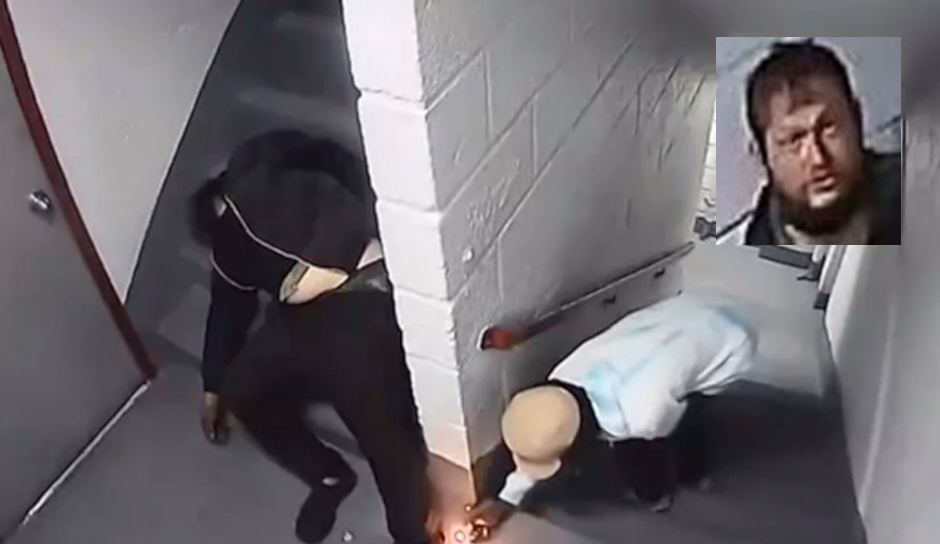 A homeless man has died 13 days after a New York public housing resident set him on fire as he was a sleeping in a stairwell.

The man, whose identity has not been established, suffered burns over 75 percent of his body just before 5 p.m. on November 5 when security footage showed a man using a lighter to set his pants leg ablaze before running off down the the stairs.

Police identified that man as 27-year-old Nathaniel Terry and arrested him on charges of attempted murder, assault, and arson. The charges are expected to be upgraded when he returns to court on December 9.

WARNING: THIS IS A GRAPHIC VIDEO:

Investigators said the victim regularly slept in stairwells and hallways of the Pitt Street Samuel Gompers Houses building and that they initially thought he’d set himself on fire when they found a crack pipe nearby. The surveillance video, however, proved otherwise.

Terry reported told investigators he was just trying to “scare” the man off when he lit his pants on fire. As the video shows, the victim, believed to be in his 30s, was quickly engulfed in flames. Other residents extinguished the fire.

“He had clothes on, but they were like melted in his skin,” Christopher Watson, 37, told the Daily News. “He was on fire, like he was burning up. [I] smelled it. He wasn’t even crying or anything like that. He wasn’t even making noise. He was just on fire.”