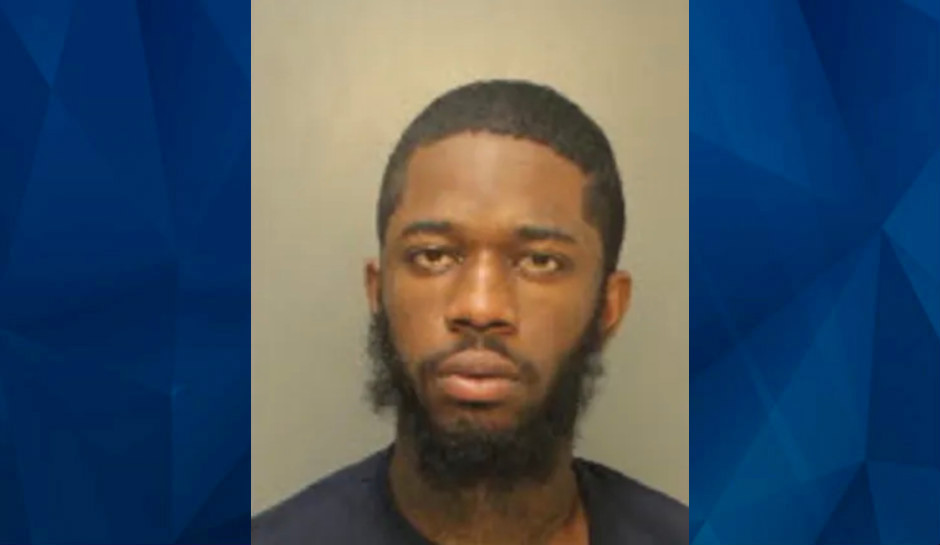 A Pennsylvania man was shot to death Thursday night as he was eating Thanksgiving dinner with his family, struck by a stray bullet that crashed through a window and killed him.

Norristown Police say they are looking for Kevon Clarke, 19, for the shooting, which stemmed from a dispute at another holiday party earlier in the day.

Police said Clarke, his girlfriend Jacqueline Brown, and two other people were asked to leave that party, and after they left, the hosts discovered alcohol was missing. Brown’s cousin, who was also at the party, called her and told her about the theft, and they made arrangements to collect the missing alcohol at Clarke’s house.

The cousin drove to pick up the alcohol and waited for Clarke to come outside. When he did, he brandished a gun. The cousin quickly drove off, she told police, but heard multiple gunshots as she drove away.

The cousin also said that Clarke called her cell phone, shouting “You trying to set me up, you could have got me (expletive) killed.” He also threatened to “bang up your crib,” which the cousin took to mean shoot into her home, according to the DA’s office..

Investigators found two surveillance videos showing the shooting. Using those and an analysis of the bullet hole in the window, they determined that the shot that killed Palaez Moctezuma came from Clarke’s location. Additionally, they said, the videos show two other men running from the area.

“Mr. Palaez Moctezuma was murdered while eating Thanksgiving dinner inside his home, and to be clear, he and his family were not involved in the dispute between Clarke and others,” Montgomery County District Attorney Kevin R. Steele said. “This is the second innocent bystander killed this year by a senseless dispute that turned to gun violence by someone who is not even legally able to own a gun. We hold the people involved in this kind of violence accountable here in Montgomery County. We will find this shooter and the others involved in this killing and seek justice for the murder of an innocent man, who wasn’t safe even in the confines of his own home.”

Steele filed charges of first-degree murder, third-degree murder, carrying a firearm without a license, person not to possess a firearm, recklessly endangering another person, and possessing an instrument of crime against Clarke.

Investigators ask anyone with information to contact the Norristown Police Department at 610-270-0977 or the Montgomery County Detectives’ Tip Line at 610-278-DOIT (3638).