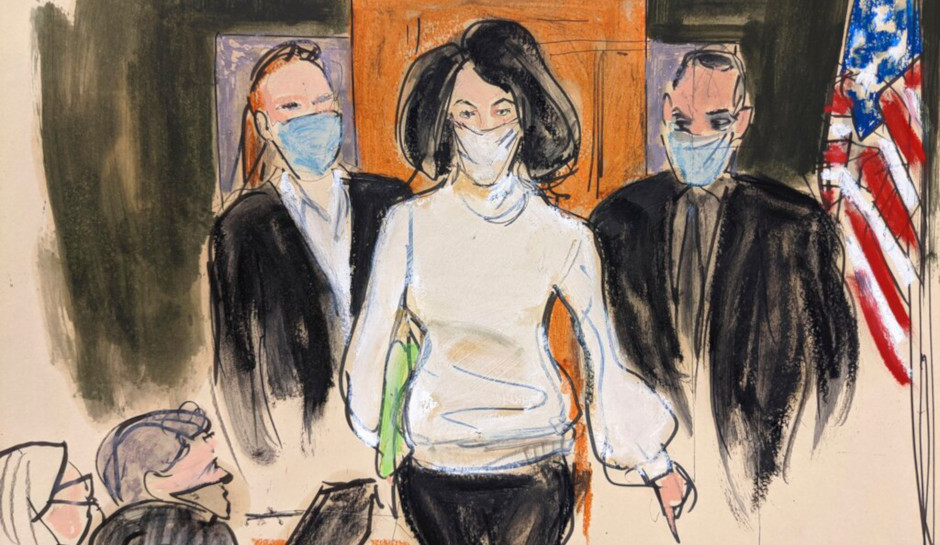 Maxwell’s defense said in opening statements that the British socialite was just “a scapegoat for a man who behaved badly.”

Opening statements in the sex trafficking and perjury trial of Ghislaine Maxwell alternately portrayed the wealthy socialite as a central player in Jeffrey Epstein’s decades of sexual abuse of minors and a scapegoat taking the fall for a man’s misdeeds.

“She was in on it from the start. The defendant and Epstein lured their victims with a promise of a bright future, only to sexually exploit them,” Assistant U.S. Attorney Lara Pomerantz said, according to the Associated Press.

The prosecutor called Maxwell, 59, “the lady of the house” and even after her brief romantic involvement with Epstein “was involved in every detail of ” his life. They were “partners in crime,” she said.

Pomerantz said she “helped normalize abusive sexual conduct by taking the teens Epstein abused on shopping trips and talking with them about their lives.

Maxwell’s attorney, Bobbi Sternheim, said her client’s prosecution was an old story dating back to the time of Adam and Eve, a “scapegoat for a man who behaved badly.”

“She’s not Jeffrey Epstein. She’s not like Jeffrey Epstein,” Sternheim said. ” … He’s the proverbial elephant in the room. He is not visible, but he is consuming this entire courtroom and overflow courtrooms where other members of the public are viewing.”

Epstein was in jail awaiting his own trafficking trial in 2019 when he was found dead in his cell. His death was ruled a suicide. Maxwell avoided arrest for a year before investigators found her at a secluded property in New Hampshire and brought her to New York to stand trial.

Sternheim not only portrayed Maxwell as a victim, she also portrayed the four accusers who will testify at the trial as basically in it for the money Epstein’s estate set aside for victims of his abuse after his death.

The  “accusers have shaken the money tree, and millions of dollars have fallen their way,” Sternheim said.

The first witness of the trial was Lawrence Paul Visoski Jr who worked as a pilot shuttling Epstein, Maxwell, and their visitors between the financier’s multiple properties. He is expected to return to the stand on Tuesday.

Maxwell has pleaded not guilty to all the charges against her, and her attorneys have spent much of the last year insisting that she was being mistreated in jail and should be released on bail. US District Court Judge Allison Nathan denied bond for Maxwell, who has US, British, and French citizenship, multiple times.