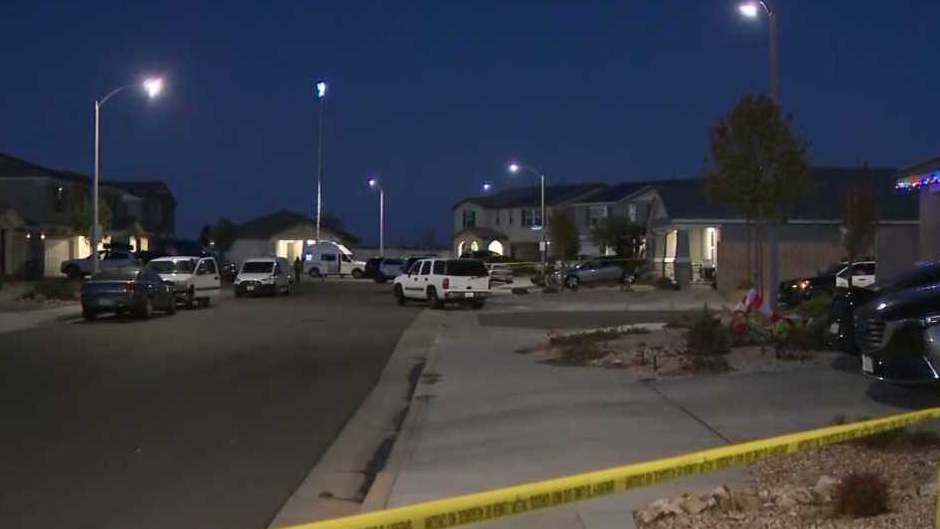 ‘My Babies Are Gone’: Mom Finds Her 4 Young Kids & Their Grandmother Fatally Shot in Home [Reports]

Police said the youngest victim is an infant

A man has been arrested after his four children and their grandmother were found fatally shot at a California home on Sunday, according to reports.

Los Angeles County police said in a Nixle alert that Lancaster Sheriff’s deputies responding to a “rescue responding” call at a Lancaster home found the bodies of a woman in her 50’s, a juvenile girl, and three juvenile boys. All four victims reportedly suffered gunshot wounds to their upper torso.

Police said all four children were younger than 12 — with one being an infant. Relatives told KTLA that the children’s mother made the grisly discovery.

Speaking with the Los Angeles Times, a neighbor recalled overhearing a woman outside screaming, “My babies are gone.”

In a follow-up alert issued early Monday, Los Angeles County police said Germarcus David, 29, was arrested in connection with the quadruple homicide. They identified the suspect as the father of the four children and the son-in-law of the slain woman.

“A male Black adult, believed to be the father of the juvenile victims, was detained when he arrived at the Lancaster Sheriff’s Station lobby. He is currently being interviewed by investigators,” police said.

A possible motive was not disclosed.

David is being held on $2 million bail. He is due in court on Tuesday.