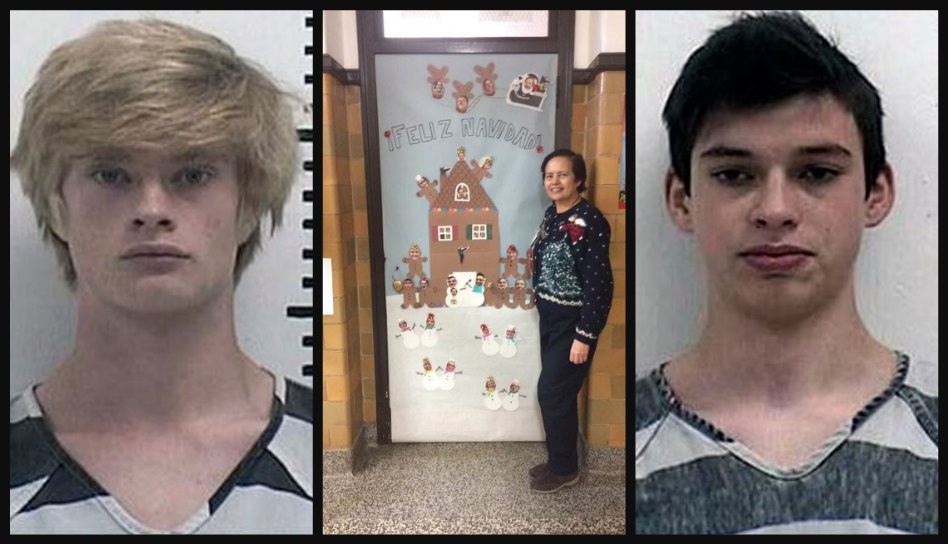 Two 16-year-old boys appeared in an Iowa court on Monday and pleaded not guilty to killing their high school Spanish teacher, who was reportedly found dead with head trauma in early November.

Willard Miller and Jeremy Goodale entered their not guilty pleas during their arraignment at a Jefferson County district court. The Fairfield High School students are charged with the first-degree murder of Nohema Graber, 66, who vanished on November 2 at Chautauqua Park — where she routinely walked — and was found dead there under a wheelbarrow the following day, KWWL reported.

Police have ruled out race as a motivating factor in Graber’s murder, but they have not commented on a specific motive. Miller and Goodale reportedly exchanged messages on social media about the slaying, but the contents of those messages were not revealed to the public.

According to The Washington Post, investigators executed a search warrant and discovered bloody clothing at the boys’ homes. They reportedly also spoke to someone who claimed they saw one of the suspects at Chautauqua Park wearing bloody clothing.

The two teens — who are charged as adults — are also charged with conspiracy to commit murder. Last week, they asked the court to reduce their $1 million bonds and release them on house arrest. KWWL reported that Judge Joel Yates will rule on the matter sometime this week.

Pretrial hearings are scheduled for March 21, 2022, and a jury trial is expected to begin on April 19.