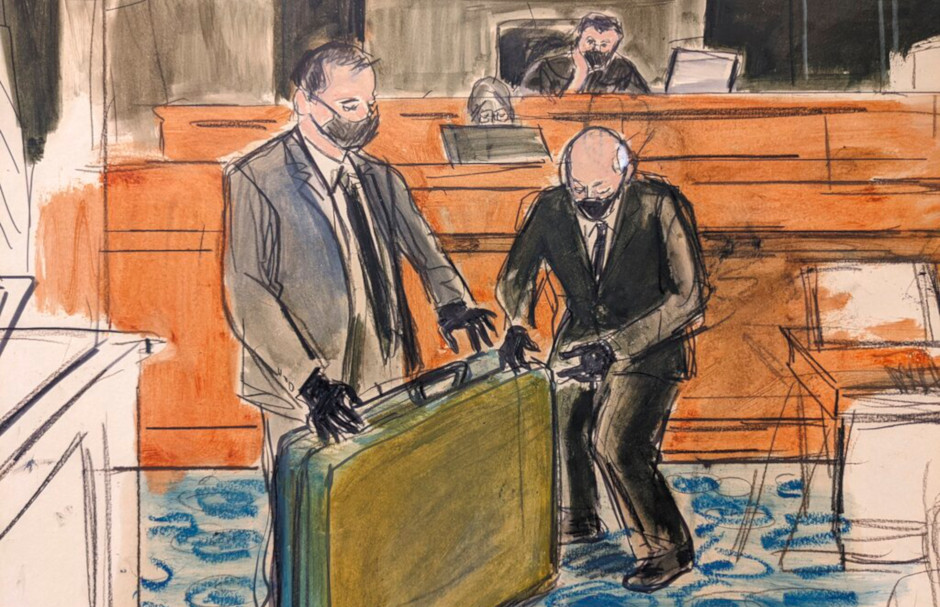 Jurors in Ghislaine Maxwell’s sex trafficking trial got a look Friday at one of Jeffrey Epstein’s massage tables and a photo of a “Twin Torpedo” sex toy taken from the billionaire pedophile’s Florida mansion in 2005.

Palm Beach Police Officer Gregory Parkinson testified that the green, collapsible massage table set up in the court room was the same one seized when he and other officers executed a search warrant on October 20, 2005, the New York Post said.

A second Palm Beach officer said that police were looking for massage tables, massage oils, and sex toys that day. Prosecutors showed the jury a photo of a brown cardboard box containing the “Twin Torpedo,” and Sgt Michael Dawson confirmed that the box and its contents were found in a closet in Epstein’s mansion.

She also said Epstein liked to be massaged “very hard, like rubbing his shoulders really hard, and like twisting his nipples hard, and rubbing his feet hard.”

Maxwell, 59, is accused of recruiting and grooming girls for Epstein’s sexual escapades. She has denied all charges.

Epstein was awaiting trial in jail in 2019 when he was found hanging in his cell.