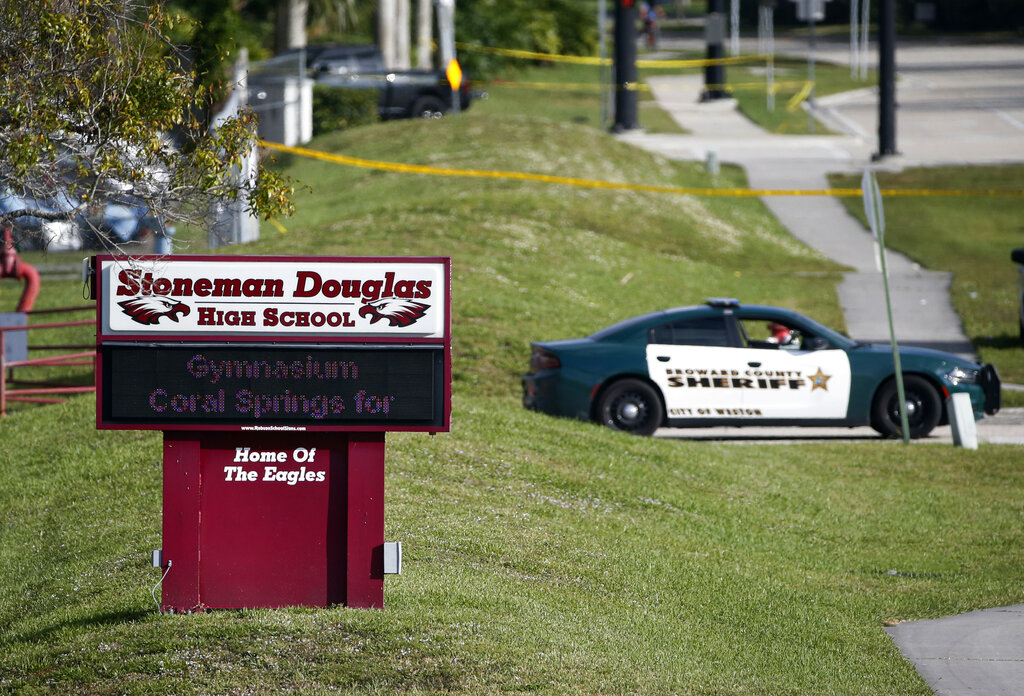 One day after a Michigan student allegedly gunned down four classmates, a Florida teen is accused of threatening to shoot his peers at Marjory Stoneman Douglas High School, the same school where 17 people were killed in a 2018 mass shooting, WPLG-TV reports.

“I feel like school shooting tmrw [tomorrow]. When I sneeze it’s a signal go to the bathroom OK. I hope y’all aren’t snitches,” the message reads, according to the television station.

Someone later reported the threat to the Broward Sheriff’s Office.

Officers located Manik at his home, where he was arrested early Thursday morning on a charge of writing a threat to conduct a mass shooting.

“I also want to remind all students and families how seriously any and all threats are taken,” Kefford said in the call, according to WPLG-TV. “Parents, please speak with your children to remind them that any threat — even if they think it is a joke — will result in serious consequences. In Florida, a threat made against a school is a second-degree felony. Students also face school disciplinary measures as outlined in the Code Book for Student Conduct, including expulsion.”

The teen’s mother told WSVN-TV that her son was joking and did not actually intend to shoot anyone. She told the television station that the family has lived in another country where schools do not experience shootings like in the United States, and that he was not a student at Stoneman Douglas during the 2018 shooting.

“He’s a normal kid from a normal family and a safe environment. He doesn’t realize the world is not so safe,” the mother said, according to the television station.

“In my country, schools are very safe. Our mindset is very peaceful. He just wanted to show up among his friends,” the mother told WSVN-TV. “It’s not an excuse for his behavior. It’s just an explanation for his behavior. All threats must be investigated. I understand that.”

On Friday, a judge ordered Manik to remain in juvenile detention for the next three weeks, according to WTVJ-TV.

This was the teen’s first arrest. In addition to the criminal charges, the school has suspended him for ten days and is recommending expulsion, WTVJ-TV reports.

In 2018, 17 people were killed and another 17 others were wounded in one of the deadliest school shootings at Stoneman Douglas.

Tony Montalto, head of Stand With Parkland, a group of families whose relatives were killed in the 2018 shooting, said in a statement that this week’s threat “further proves the need for timely investigation and notification to parents regarding threats to schools,” according to the Associated Press.

He added: “In the wake of the Michigan shootings this week and this incident . . . I urge our elected leaders at all levels of government to commit to a renewed focus on the safety of students and staff.”