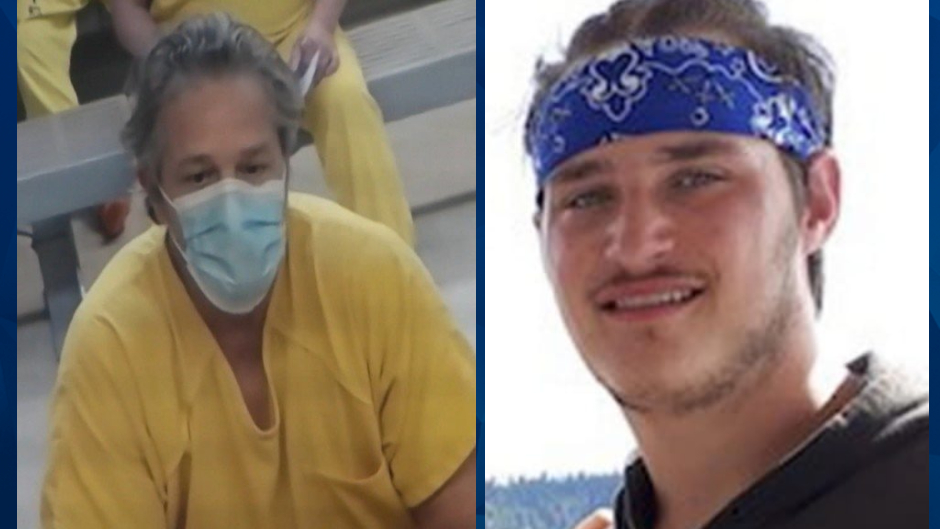 Last Monday, Washington investigators said they found no evidence that a man who was reportedly murdered by his girlfriend’s father last year was involved in sex trafficking.

Spokane police detective Randy Lesser alleged in court documents that John Eisenman, 60, said he was likely high on methamphetamine when he fatally beat and stabbed Andrew Sorensen, 20, in November 2020. Lesser also wrote that they have not recovered any “independent and verifiable facts” that Sorensen sex-trafficked Eisenman’s daughter, according to The Spokesman-Review.

Initially, Spokane police said that Eisenman possibly killed Sorensen in November 2020 after hearing his daughter was sold into a sex-trafficking ring in Seattle — and Sorensen may have been responsible for the sale. At the time, police said that Eisenman saved his daughter from the ring in October 2020, and he confronted Sorenson the following month at a trailer park in Airway Heights.

In October of this year, Spokane police officers responding to reports of a corpse in an abandoned car discovered Sorensen’s body in the trunk. Reports indicated that Sorensen was bound with zip ties and his mouth was covered with tape. He had been missing for nearly a year.

The vehicle Sorensen was found dead in was reportedly registered to Eisenman’s fiancee.

However, authorities are now alleging that Eisenman confessed to using methamphetamine on a daily basis around the time he killed Sorensen. Further, court documents stated that there was no mention of sex trafficking in the messages between Eisenman’s daughter and Sorensen.

At the time of Sorensen’s disappearance, Sorensen, his girlfriend, and another individual reportedly smoked meth in a car several times on October 20, 2020. He then dropped off them and a third passenger at a 7-Eleven in Renton. Sorensen told them that he would be back shortly to pick them up but he never returned, leading his girlfriend to walk to a Chevron and call the police, according to The Spokesman-Review.

The news outlet reported that one of the passengers stranded at the 7-Eleven was a juvenile girl who officers eventually brought to a relative’s home. The others, including the girlfriend, remained at the convenience store.

The Spokesman-Review reported that investigators later learned that Sorensen did not return to the 7-Eleven because the car he was driving was stolen. In a Facebook message sent to his mother around noon on October 21, Sorensen said he no longer had the vehicle.

Sorensen’s mother reportedly tried to find his girlfriend and the other passengers. Hours later, she asked Sorensen whether he found them and he said no, court documents stated.

Two days later, Sorensen’s girlfriend tried to call Sorensen before sending him an expletive-laden message asking for her stuff back. On October 24, Sorensen allegedly replied, “Why. All u do is run your … mouth about me.”

Eisenman claimed he and his fiancee picked up their daughter on October 23 and they spent most of the day together in downtown Seattle before returning to Spokane. Court documents and police records indicated that the daughter was hospitalized just before midnight the same day.

Per medical records, the girl told a mental health specialist that her boyfriend stranded her in Seattle. She claimed she met a man who offered to help her, but instead held her captive, gave her drugs, and sold her for sex. The Spokesman-Review reported that the girl did not accuse Sorensen of sex trafficking.

However, while giving the hospital a second statement, the girl allegedly claimed she and Sorensen went to Seattle, Sorensen dropped her off, and he sold her for drugs. The girl said she was homeless for three weeks and was trying to get home but “they just passed me around,” The Spokesman-Review reported.

According to the news outlet, however, police determined that she could not have been homeless for three weeks as she traveled from Spokane to Seattle on October 20.

On October 25, a counselor told police that the girl claimed she had a $22,000 insurance settlement and Sorensen had access to the money via a mobile banking application. She reportedly also said they purchased a vehicle and went to the 7-Eleven in Renton, where she gave Sorensen her debit card. She alleged that Sorensen withdrew money at an ATM before stranding her at the store.

A neighbor reportedly told police that Eisenman talked about killing someone and stashing their body in a trunk. Eisenman allegedly told the neighbor details about how Sorensen was placed in the trunk that only someone involved in the murder would know.

At some point, investigators determined they did not know Eisenman and his fiancee’s whereabouts from 6 am on October 21 until they met up with their daughter on October 23. According to The Spokesman-Review, the girlfriend sent a message to Sorensen on November 11 but he did not respond — as police believe he had been dead for several days by then.

Eisenman, who has no prior criminal history, reportedly claimed his fiancee’s car — which Sorensen was found in  — was stolen a year prior. However, police said he ultimately confessed to killing Sorensen, who was reported missing the same month of the slaying.

Eisenman was arrested in November of this year and charged with first-degree murder. He remains jailed on a $1 million bond.