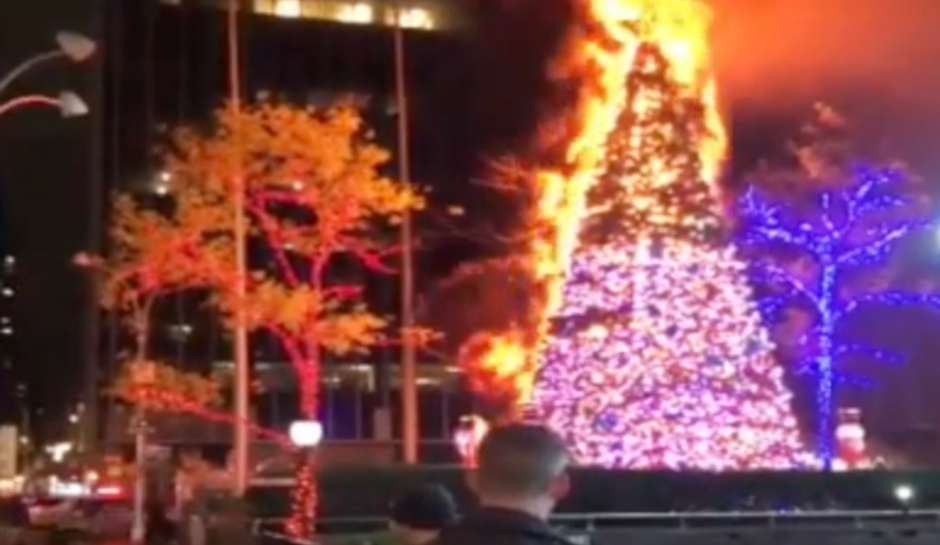 New York Police said Craig Tamanaha, 49, has been charged with multiple crimes, including arson, reckless endangerment, criminal mischief, and trespassing, WABC reported. His last known address was in Brooklyn, police said, but he is currently homeless.

Investigators say Tamanaha climbed into the 50-foot tree’s “metal superstructure” — it’s an artificial structure shaped like a tree — and set papers he’d brought with him on fire, then climbed down and watched it burn.

Security guards pointed him out to police officers who arrived on the scene.

No injuries were reported, and Police Commissioner Dermot Shea said Tamanaha was someone “who is known to us.” Authorities said the fire caused $500,000 in damage.

Investigators said it didn’t appear that the fire was politically motivated, but FOX News, one of several News Corp companies housed in the building called the blaze a “malicious arson attack” in a company-wide email and vowed to install a new tree “as a message that there can be peace, light and joy even during a dark moment like this,” WNBC reported.

“We will not let this deliberate and brazen act of cowardice deter us,” FOX News Media CEO Suzanne Scott said.

News Corp companies Dow Jones & Company, The Wall Street Journal, Storyful, and the New York Post are also headquartered in the building, as are a handful of unaffiliated companies.