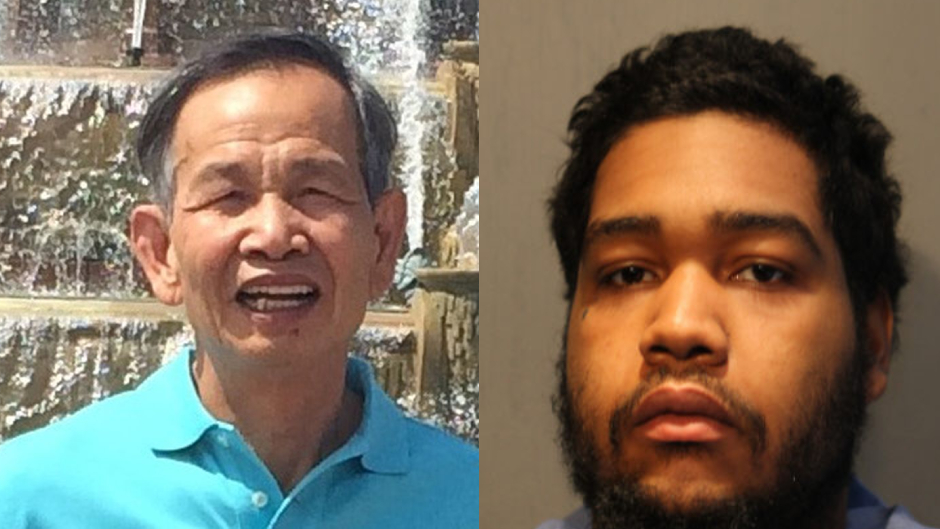 An Illinois man has been charged with first-degree murder for shooting an elderly man 22 times on Tuesday.

WBBM reported that Alphonso Joyner, 23, killed Woom Sing Tse, 71, in Chicago’s Chinatown district as Tse walked from his home to get a newspaper, which he did often. Surveillance footage shows Tse walking on the sidewalk when a car pulls up near him and someone inside shoots at him.

Chicago police Commander Brendan Deenihan said the first round did not hit Tse. However, the gunman, who was still inside the car, reportedly fired a second barrage of shots which did hit Tse and caused him to fall.

The gunman, believed to be Joyner, allegedly then got out of the car, approached Tse who was lying on the sidewalk, and shot him several times, killing him. Deenihan said Joyner got back into his car and drove away.

Someone involved in the Chinatown neighborhood watch called police within minutes of the shooting. Shortly thereafter, Joyner was seen driving the car involved in Tsa slaying. Police pulled him over on the Kennedy Expressway and apprehended him, WBBM reported.

According to the Chicago Tribune, Assistant State’s Attorney James Murphy told the court on Thursday a motive in Tse’s slaying remains a mystery. Murphy said Joyner had been “circling” the area before shooting Tse.

Police reportedly found a gun with an extended magazine in the car Joyner was driving. Gun residue was also found on his hands, according to reports.

Police are investigating a rash of random shootings in the area to determine if they’re connected, according to WBBM.

Deenihan said Joyner has four previous arrests, including two for gun charges. Joyner later pleaded guilty to one of those charges.

In regard to Tse’s murder, Joyner was also charged with aggravated unlawful use of a weapon and possession of a revoked firearm owner’s identification card. WMAQ reported that the weapon used to kill Tse was a “ghost gun,” or a gun that lacks serial numbers.