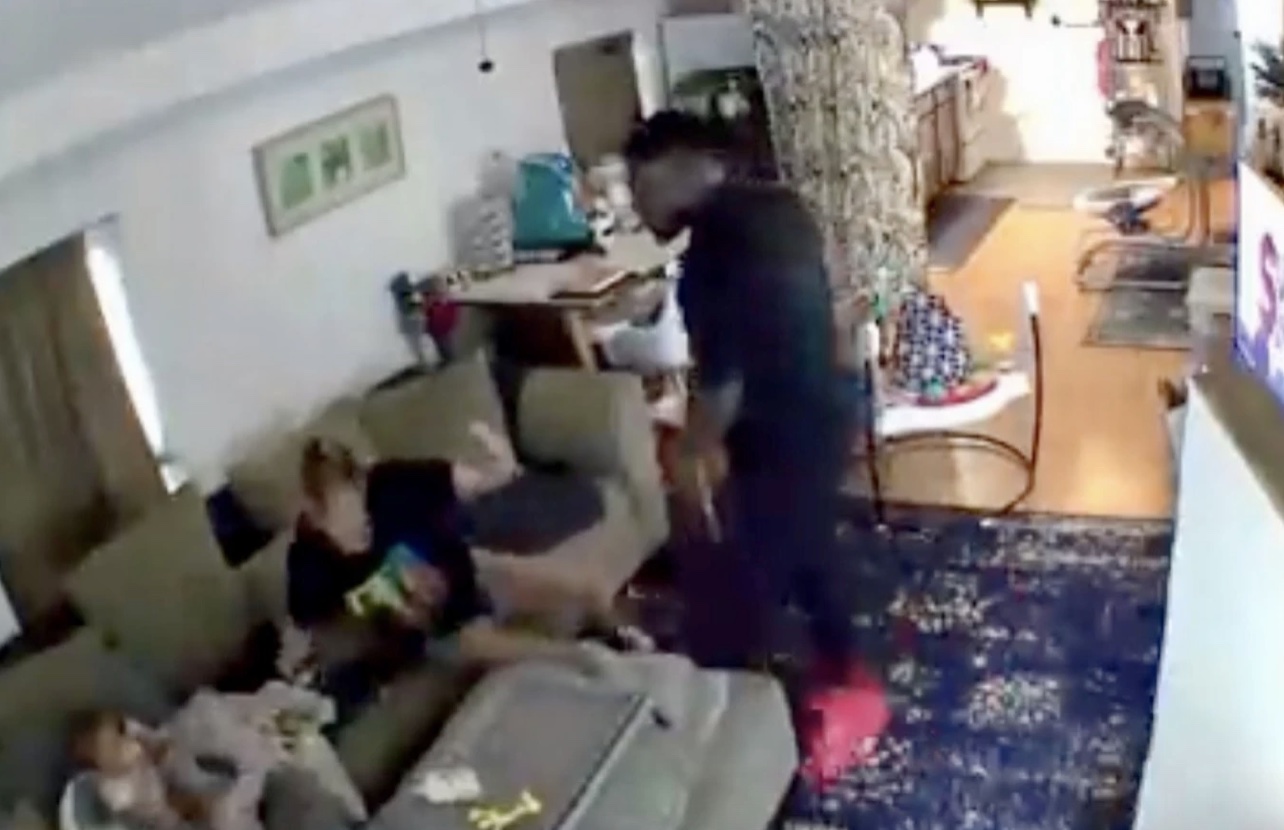 Former NFL running back Zac Stacy told Orlando Police officers last month that his ex-girlfriend “staged” a video that shows him screaming, hitting her, and throwing her into a television, all in front of their 5-month-old child.

Stacy made the comments during his arrest on November 13, according to TMZ, which obtained the footage.

“It’s just a case of just bitterness, man,” Stacy said. “That’s why she did this. The whole assault thing, she staged it. She set me up.”

“The whole thing was staged,” he said. “All she’s trying to do is get money out of me. She got a reaction out of me.”

Kristin Evans, Stacy’s ex, released a video comment of her own after TMZ published Stacy’s remarks.

“This is what abusers do.” she said. “They will make you seem like you’re the crazy one and that they’re the victim.”

As for “staging” the beating, Evans said, “I don’t know how you can ‘stage’ getting your ass beat.”

Stacy appeared to think that Evans took advantage of his recent stay in rehab to get “a reaction out of me.”

“She knew I was down, she knew I was going through anxiety and depression,” Stacy said. “She knew I was trying to close this gap that’s between me and my son and she’s just upset that she got caught and she’s upset I’m not taking care of him like she expected. And now she took it this far.”

Stacy told the officers Evans was ” just trying to destroy my whole reputation ’cause of this s***,” although, he said, he knew what he did was “f***ed up.”

“I don’t know what man — how any man could have handled that situation,” Stacy said.

Stacy also accused Evans of having an affair with his attorney and said “she’s just been unstable” since the baby was born, the New York Post reported.

Stacy was released on a $10,150 bond after his arrest. He’s been charged with aggravated battery and criminal mischief, as CrimeOnline previously reported.