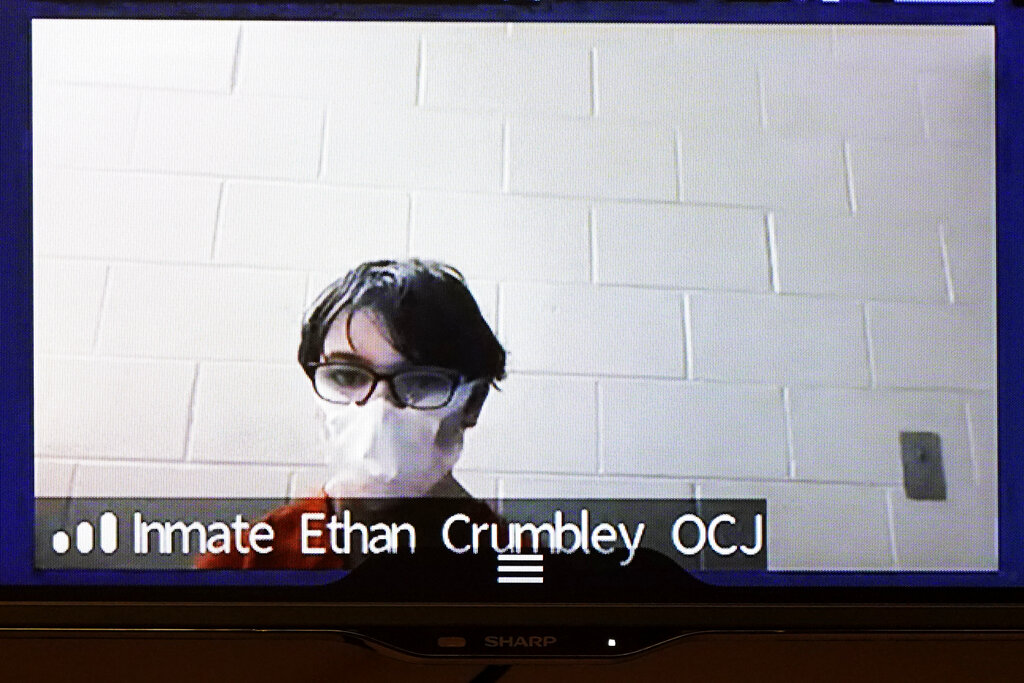 A Michigan judge on Monday kept school massacre suspect Ethan Crumbley in an adult jail, rejecting his attorney’s arguments that the the November 30 shooting that left four students dead and seven people wounded was “an isolated incident.”

Ethan Crumbley, 15, appeared in court via video conference and heard his attorneys and a guardian ad litum ask District Court Judge Nancy Carniak to send him to a juvenile facility where he could return to school and get other help that he needs, according to the Detroit Free Press.

“I understand the severity of what occurred,” the guardian, Deborah McKelvy, told the judge. “I think everybody does, including Mr. Crumbley.”

The teen’s court appointed attorney, Paulette Loftin, noted that Crumbley had “never been in trouble before” and has no “history of assaulting kids, or any other negative contact with his peers.”

“This one isolated incident is all that we are looking at here today,” Loftin said. “There are other juveniles housed at Children’s Village charged with murder. This would not be the first time.”

“It was planned. It was premediated … he targeted juveniles,” Keast said. “This cannot be compared to any other case that this court or any court in this county has seen before. And calling this an isolated incident, frankly, does not do it justice.”

Carniak heard the arguments and ruled that Crumbley’s placement in an adult jail was “appropriate.” She was, however, concerned by defense assertions that the teen can hear adult inmates from where he is — something that is prohibited by federal law for juveniles housed in an adult facility.

The debate took place during a probable cause hearing, although that part of the hearing was postponed until January 7 because of the massive amount of evidence in the case. Crumbley now has a second lawyers, Amy Hopp, to go through the caseload.

The teen has pleaded not guilty in the case, as have his parents, James and Jennifer Crumbley, who have been charged with four counts of involuntary manslaughter. The Crumbleys bought their son the semi-automatic handgun allegedly used in the shooting and insisted that he be returned to class on the morning of the shooting after they were called into school for a gruesome note Ethan had written, as CrimeOnline previously reported.

James and Jennifer Crumbley are due in court on Tuesday.