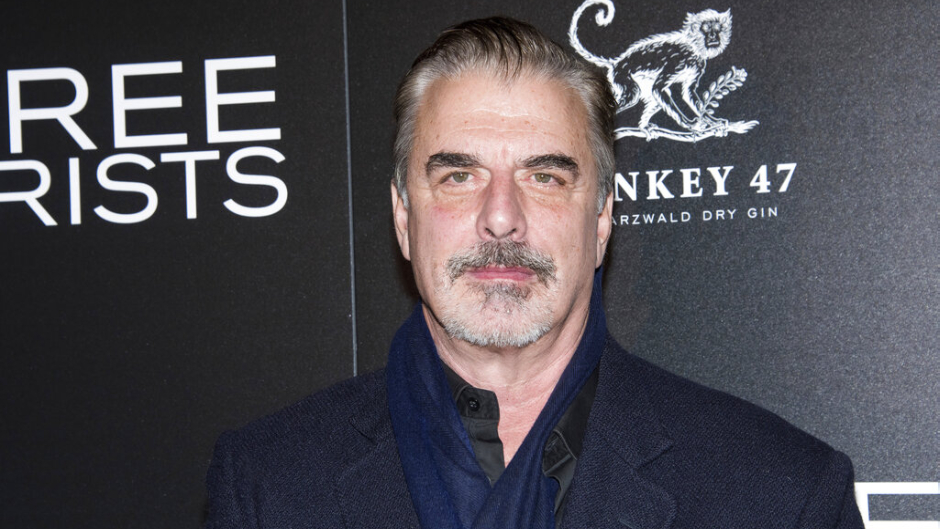 ‘Can You at Least Get a Condom?’: ‘Sex and the City’s’ Mr. Big Accused of Rape, Sexual Assault by 2 Women

The two women, identified as Zoe, 40, and Lily, 31, made assault allegations to The Hollywood Reporter. The news outlet said the two women do not know one another and that they came forward regarding Noth, 67, months apart.

Zoe claimed the assault occurred in Los Angeles in 2004, while Lily said Noth assaulted her in New York in 2015.

Lily, now a journalist, reportedly first told The Hollywood Reporter of the alleged incident in August. She said she was a server in the VIP section of a now-closed New York nightclub when Noth made passes at her before he got her number and asked her to dinner.

“I was truly star-struck,” she told the outlet. “He was hitting on me, for sure. I was flattered. I knew he was married, which is shameful of me to admit.”

Lily said they were going to have dinner, but the kitchen was closed by the time they had their scheduled meet-up. Instead, they drank wine at the bar, according to Lily.

Lily told The Hollywood Reporter that she had a lot to drink but she was nowhere close to blacking out. As the restaurant closed, Noth reportedly invited Lily to his apartment which was located around the corner.

“I thought, ‘We’re going to drink whiskey and talk about his acting career.’ It sounds so stupid,” she recalled.

Lily said they listened to music and talked when Noth kissed her, which Lily said she “cautiously entertained.” However, Lily claimed Noth quickly escalated things by pulling his pants down and forcing his penis in his mouth.

Lily said she reminded Noth that he was married — to which the actor allegedly responded, “Marriage is a sham. Monogamy is not real.” Lily said Noth then had sex with her as she cried.

She told The Hollywood Reporter, “I went to the bathroom and put on my skirt. I was feeling awful. Totally violated.”

Lily reportedly left Noth’s apartment and called her roommate while in an Uber.

“She was pretty hysterical,” Lily’s roommate recounted, adding that Lily said Noth “pretty forcibly” had sex with her.

The roommate said she recommended calling the police, but Lily refused. The roommate told The Hollywood Reporter that she heard a voicemail Noth left on Lily’s phone the following day.

The Hollywood Reporter claimed to have reviewed text messages between Lily and Noth, in which Lily says she felt “slightly used.” Noth reportedly mentioned having dinner again, and Lily agreed before canceling. Lily reportedly continued to cancel meetups with Noth and never saw him again.

Zoe, who works in entertainment, reached out to The Hollywood Reporter involving Noth in October. She was 22 when she moved to Los Angeles for an entry-level job at a firm regularly used by celebrities.

Zoe told the news outlet that Noth, then 49, would walk by her desk and flirt with her. At some point, Noth allegedly got Zoe’s phone number from the company’s directory and left voicemails on her work phone.

Zoe’s former boss told The Hollywood Reporter that he witnessed Noth flirting with Zoe at her desk, and he heard some of the voicemails Noth left on her phone.

Noth reportedly invited Zoe to the pool at his West Hollywood apartment. Zoe accepted and went there with a close friend from college who lived in the same building as Noth. While at the pool, Noth reportedly asked Zoe about her college major before showing her a book that he wanted to her review since he considering doing a project based on it.

According to Zoe and her friend, Noth said he had to go into his apartment to take a call, but he left the book and asked Zoe to bring it to his apartment.

Zoe alleged that Noth kissed her as she returned the book. Zoe claimed she told Noth, “Thank you, I’m going back to my friend.”

Noth allegedly then grabbed Zoe, moved her toward the bed, pulled her bikini bottom off, and raped her.

“It was very painful and I yelled out, ‘Stop!’” she says. “And he didn’t. I said, ‘Can you at least get a condom?’ and he laughed at me,” Zoe told The Hollywood Reporter.

Zoe claimed she noticed blood on her shirt after it was over and that she went to the friend’s apartment, which is located in the same building. The friend told The Hollywood Reporter that Zoe instantly went to the bathroom and she appeared off.

The friend recalled telling Zoe, “You have to tell me what happened. Something’s wrong. I don’t remember the words she said, but I said, I’m taking you to the hospital.”

The pair went to Cedars Sinai, where staff reportedly confirmed Zoe had been sexually assaulted.

“I had stitches. Two police officers came. I wouldn’t say who it was,” Zoe told The Hollywood Reporter.

Zoe claimed she underwent counseling at the UCLA Rape Crisis Center in January 2006. Clinical director Julie Banks confirmed to The Hollywood Reporter that Zoe did undergo treatment there.

While Zoe and Lily do not know each other, both claimed Noth sexually assaulted them from behind while facing a mirror.

Despite this, Noth denied their allegations in the following statement issued to The Hollywood Reporter:

“The accusations against me made by individuals I met years, even decades, ago are categorically false. These stories could’ve been from 30 years ago or 30 days ago — no always means no — that is a line I did not cross. The encounters were consensual. It’s difficult not to question the timing of these stories coming out. I don’t know for certain why they are surfacing now, but I do know this: I did not assault these women.”