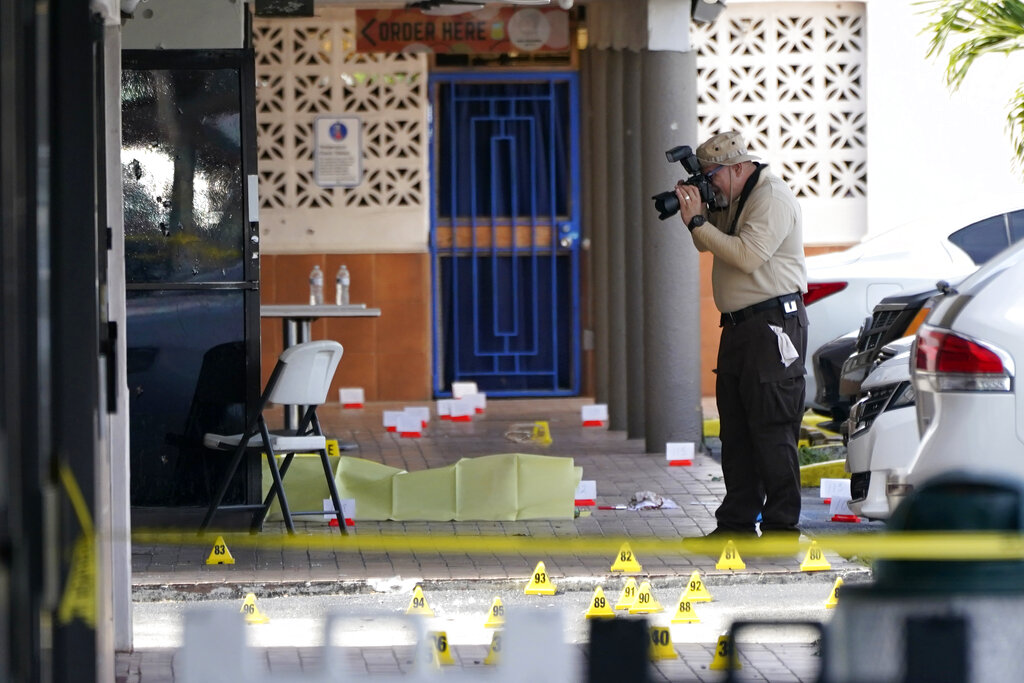 One of the men accused of the El Mula banquet hall shooting was released from jail Wednesday night after prosecutors dropped charges against him.

Warneric Buckner, 20, left the Turner Guilford Knight Correctional Center on Wednesday with his mother, who covered his face with a jacket as they got into a Nissan and left. Buckner didn’t make any comments as he left the jail.

According to the Miami Herald, Buckner was initially charged with three counts of first-degree murder and 20 counts of attempted murder. Miami-Dade prosecutors decided to drop the charges against Buckner, although the other two suspects remain jailed.

As CrimeOnline previously reported, the deadly shooting earlier this year at the Miami banquet hall happened at a rapper’s album release party. It ultimately turned into a chaotic shootout between the initial attackers and patrons who returned fire, leaving two people dead and at least 20 more wounded.

Investigators found dozens of shell casings at the scene, and several cars with bullet holes were left behind.

In October, Buckner allegedly admitted that he was in the front passenger seat of the Pathfinder, “armed with a large firearm.” Bucker reportedly said he shot into the crowd but wasn’t sure if he hit anyone.

In a memo regarding the case, prosecutors wrote that Buckner “initially invoked his right to counsel, and despite the invocation, homicide investigators with the Miami-Dade Police Department continued to conduct an interrogation.”

Prosecutors added that the confession would be “subject to suppression” by a judge. The case will remain open. The prosecution will “consider pursuing charges at a later time as additional evidence is uncovered.”

[Feature Photo: Miami-Dade Police work the scene of a shooting outside of a banquet hall near Hialeah, Fla., Sunday, May 30, 2021. Two people died and an estimated 20 to 25 people were injured in a shooting outside a banquet hall in South Florida, police said. The gunfire erupted early Sunday at the El Mula Banquet Hall in northwest Miami-Dade County, near Hialeah, police told news outlets. (AP Photo/Lynne Sladky)]