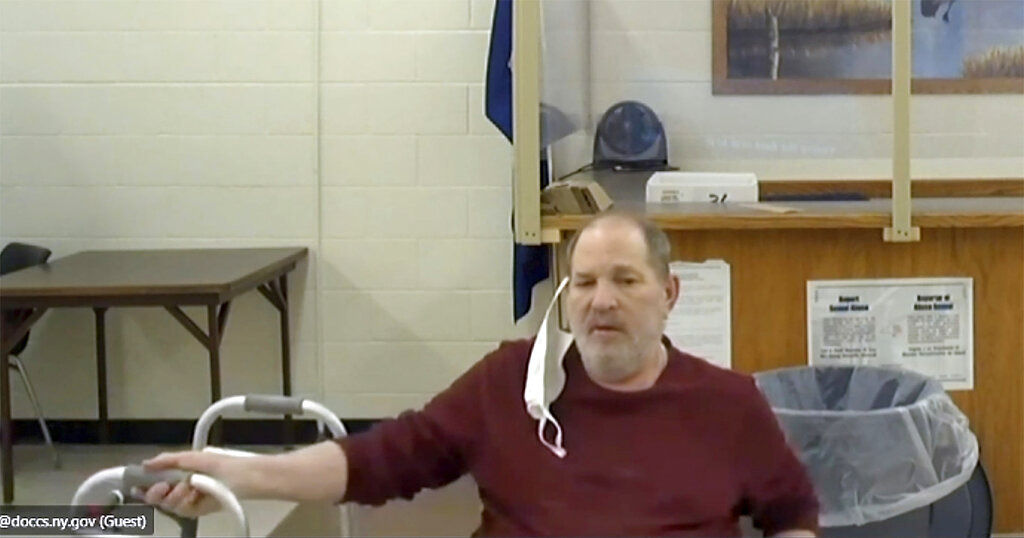 Three judges hearing an appeal of Harvey Weinstein’s rape and sexual assault conviction this week questioned the testimony admitted during his trial, leading some to wonder if the disgraced movie mogul could be set from.

Weinstein is serving a 23-year sentenced from his coniction in New York, although he is facing additional charges in California that carry a maximum sentence of 140 years, as CrimeOnline has reported.

But on Wednesday, the appeals court judges questioned the trial court’s decision to allow testimony from three witnesses who claimed Weinstein had sexually assaulted them, although the allegations weren’t eligible to be charged for a variety of reasons.

The justices questioned whether that testimony did more to impugn Weinstein’s character than to shed light on his guilt or innocence, Variety reported.

“He doesn’t get convicted because he’s a bad guy,” said Justice Judith Gische. “He gets convicted for these particular crimes.”

Another justice, Sallie Manzanet-Daniels, called the use of those uncharged allegations “overkill” and “piling on.”

Weinstein’s attorneys were clearly elated with the oral arguments.

“I think it couldn’t have gone better,” said Donna Rotunno, who called the justices’ questions “a wish list of how you want something like that to go.”

“We are very happy,” said co-counsel Damon Cheronis. “We are very hopeful, based on the appellate court’s questioning, that they see this case for what it is, that evidence that should have never been brought before this jury infected the trial and made it impossible for Mr. Weinstein to get a fair trial.”

Assistant District Attorney Valerie Figueredo told the justices during the arguments that the trial judge had balanced his rulings and excluded some of the evidence sought by the prosecution.

Other attorneys pointed out that the justices’ questions don’t necessarily mean Weinstein will be freed or get a new trial. They could, for example, fault the trial judge’s rulings but say that it didn’t affect the outcome of the trial.

Weinstein has been extradited to California and is awaiting trail in Los Angeles on 11 other rape and sexual assault charges. That trial is not expected to begin until at least next summer.