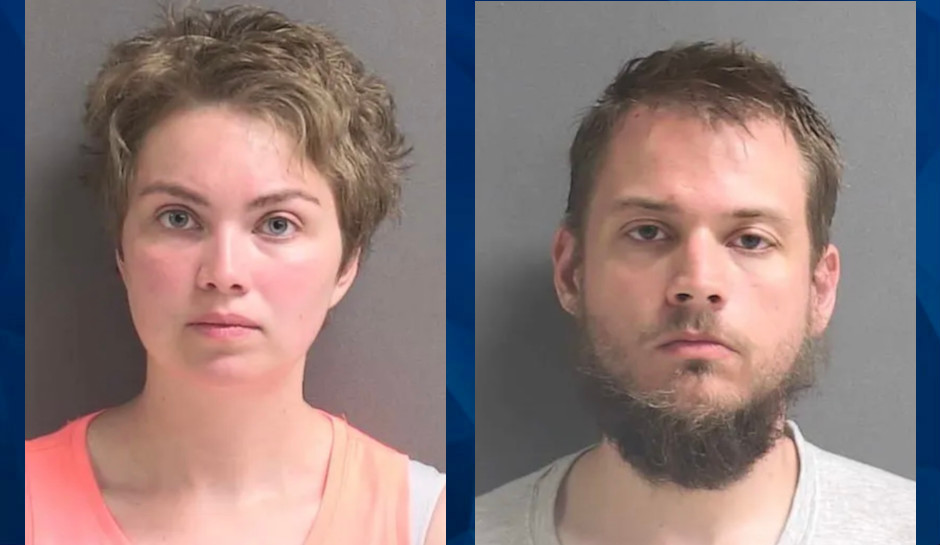 An Indiana couple reported missing last week turned up in Central Florida in a stolen van with a so far unidentified baby.

Deputies located the Penske van — which had a license plate stolen from a different cargo van — and staked it out until they saw the couple return with a stroller. The Germanas were arrested, and both were charged with child neglect. Lincoln Germana was also charged with grand theft.

According to an incident report, deputies found a car seat secured with bungee cords in the rear cargo area. The officers said the van smelled because of the dirty clothes and diapers inside.

The report said that Amanda Germana, 26, told deputies when she was arrested that the child wasn’t hers and called him “John,” according to WKMG. Lincoln Germana, 28, told investigators the infant’s name was “Emanuel Rodriguez.”

After the arrest, both said the child was theirs and was born at home, explaining the lack of documentation.

The baby is in the care of the Florida Department of Children and Families while his parentage is investigated. Deputies plan to use DNA to help determine who the parents are.

Lincoln Germana’s mother reported the couple missing from Greenwood, Indiana, a week ago, concerned about the 3-year-old daughter the pair left behind, WOFL said. According to the Greenwood Police Department, the mother said she worried Amanda Germana might be suffering from postpartum depression following a possible miscarriage earlier in the summer. She also said she was worried about her son’s mental condition.

An attorney representing Lincoln Germana told a judge on Friday that he was “here in Florida because he thought there were magical powers in DeLeon Springs that would heal him.”