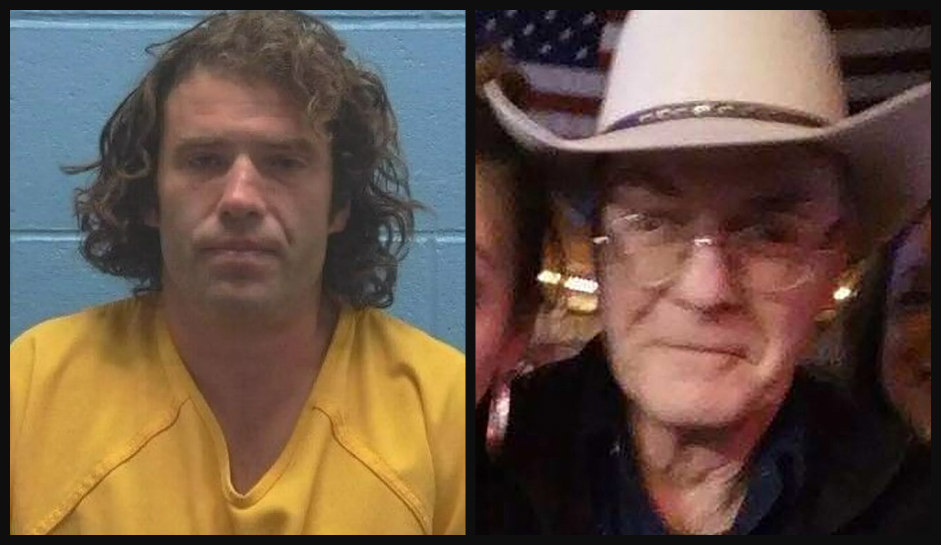 An Idaho man is facing a cannibalism charge after prosecutors uncovered evidence while investigating his murder case.

The amended complaint was filed after police found human “tissues consistent with flesh missing from Flaget” in Russell’s home. Police also found a “bloodied microwave and glass bowl,” along with “a bloodied knife and duffel bag,” as CrimeOnline previously reported.

On September 10, sheriff’s deputies responded to a potential murder on Lower Mosquito Creek Road in Oldtown. When they arrived at the scene, deputies found an unresponsive Flaget naked from the waist down, “upside down in the passenger’s seat of his truck,” Bonners Ferry Herald reports. He was pronounced dead at the scene.

Around the same time, Russell reportedly barricaded himself inside a garage loft area at his property and wouldn’t talk to the deputies. After a brief standoff, Russell gave up and surrendered without incident.

“It’s private property and we don’t like non-family on it,” Russell repeated twice to the deputies.

The Spokane County Medical Examiner stated that Flaget died from blunt force trauma on his head and neck. Coroner Dr. Veena Singh added that “evidence of postmortem mutilation” was found on Flaget’s body,   The Spokesman-Review reports.

Some of the victim’s body parts remain missing, according to East Idaho News. Investigators never located the victim’s penis, testicles, and a part of one of his thighs.

During the autopsy, Singh recovered tissue described as a “thermal artifact,” which means heat had been applied to a piece of tissue but not the victim’s entire body. Court documents state that Singh told detectives she didn’t know where the heat source came from, but it could have been possibly caused by a microwave.

Court documents indicate that the heat was applied to the tissue for up to two minutes. Family members told investigators that Russell once said he wanted to “cut chunks of his skin off with a knife” to “cure his brain,” court documents state.

“When dealing with death and carnage it’s a shock to our conscience,” Bonner County Detective Phillip Stella said. “As far as I know this is the first cannibalism charge in Idaho.”

Stella added that Russell and Flaget had previous conflicts before the victim’s death.

“Flaget had several conflict-like run-ins with Russell and told the family about them,” Stella said. “The family had enough warning signs that Mr. Russell was a danger to himself or others.”

“There’s a lot of facets we will certainly never know…“It wasn’t the bloodiest crime scene, but it’s more of the psychological, ‘what the heck is going on here?’ and ‘why am I picking up pieces?’ It’s a walk down the dark path that we don’t see very often.”

After his arrest, Russell was taken for a mental health evaluation to determine if he’s competent to stand trial. Those records are currently sealed.

Russell remains behind bars on a first-degree murder charge. He has a review hearing scheduled for December 28 at 1:15 p.m, at the Bonner County Magistrate Court.