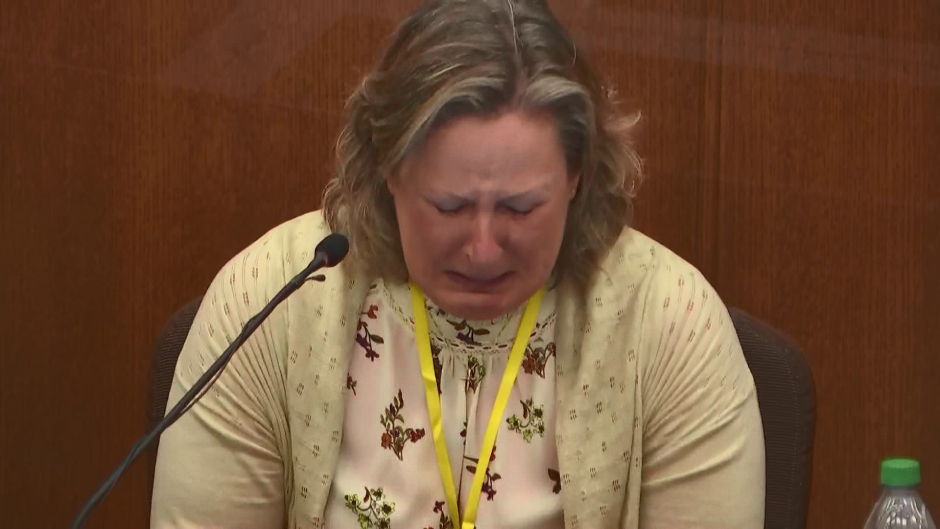 The 12 jurors reached guilty verdicts on their fourth day of deliberations. According to CNN, the jury was comprised of seven white men, four white women, two Asian women, and one Black woman.

Potter, 49, an ex-Brooklyn Center police officer, testified that “weapons confusion” was briefly mentioned during her training, but her department did not receive physical training on it. However, prosecutors said Potter was a seasoned police officer who had extensive training on Taser use and the use of deadly force.

Potter had been a police officer for 26 years and was training Officer Anthony Luckey at the time of the April 11 traffic stop that ended with Wright’s death. Wright, 20, was shot after allegedly attempting to drive away from officers trying to arrest him on a weapons possession warrant; Wright was in a physical struggle with Luckey — a rookie officer — when Potter shot him in the chest with her handgun, not her Taser.

Potter was charged with manslaughter in connection with Wright’s death. The defense rested their case following Potter’s testimony — which was paused for an hour after Hennepin County judge Regina Chu called for a lunch break because she started hysterically crying on the stand.

Prosecutor Erin Eldridge noted that Potter’s Taser was yellow and her gun was black. She also pointed out that the gun weighs more than the Taser, an argument apparently aimed at undermining Potter’s claim of confusion.

Elridge additionally presented a photo showing Potter with her Taser on her left side, and her gun on her right. Elridge asked Potter if she knew her gun and Taser were different weights — to which the ex-officer said she “doesn’t know.”

Potter testified that she was issued the new Taser on March 26, days before the fatal April 11 shooting. She also claimed she never fired the weapon while on duty.

“I would take my Taser out on rare occasions, but I don’t believe I ever deployed it,” she testified.

Potter said that she left Minnesota and got therapy since shooting Wright.