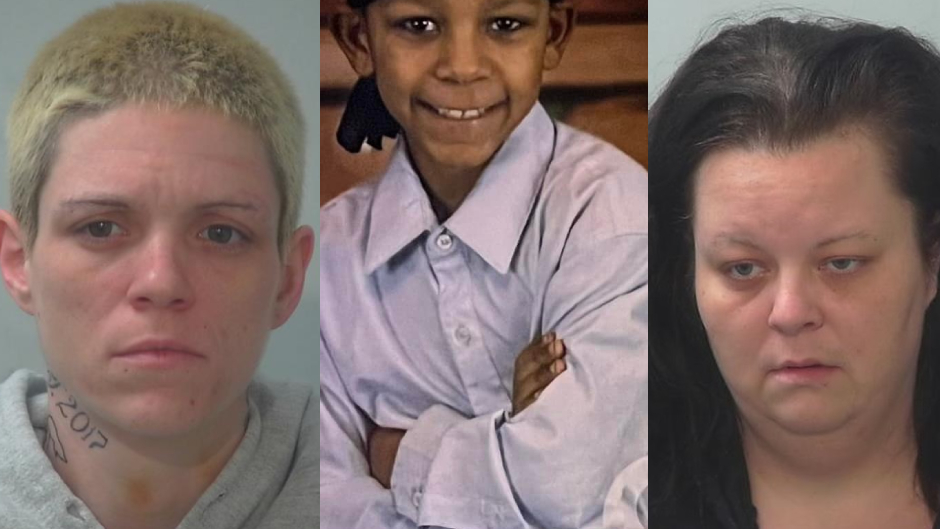 On Thursday, an Indiana woman was arrested in connection with Saturday’s death of her 9-year-old son, who authorities believe was abused.

According to WANE, Jenna Mae Miller, 36, was charged with neglecting Elijah Ross, who was pronounced dead at a Fort Wayne hospital with bruises all over his body. On Tuesday, the woman’s wife and Ross’ stepmother, Alesha Miller, 30, was arrested on aggravated battery and neglect charges in connection with the boy’s death.

WPTA reported that Ross was cold and limp and rigor had already set in by the time the couple took him to the hospital. Court documents stated that the boy had significant bruising to his arms, face, lower back, and buttocks in addition to a small cut at the base of his penis.

Alesha Miller allegedly told Fort Wayne police that she and her wife were at a Christmas party on Friday when she got a call about the brothers fighting and Ross being pushed into a bookshelf. According to Alesha Miller, the boy’s mother went upstairs and yelled that Ross had stopped breathing and had vomited, WANE reported.

Alesha Miller claimed they performed CPR on Ross while en route to the hospital. The boy’s mother provided the same story to the police, according to the news outlet.

However, on Monday, investigators interviewed two other children who said they called Alesha Miller “dad” and described how she “went hard” on Ross. Ross’ brother alleged she slammed Ross to the ground and repeatedly smacked him with a paddle, leading the boy to “ball up” afterward.

One of the brothers said that on the night in question, he and Ross were fighting and he texted his mother and stepmother because Ross was “fake vomiting.” Alesha Miller instructed him to “beat him up” and force him to sit in a corner, according to WANE.

The brother said Jenna Mae and Alesha Miller came home and his stepmother yelled at Ross. At some point, Alesha Miller allegedly then instructed one of Ross’ brothers to hold his feet while she beat him.

The child told investigators that Ross lost consciousness at some point, leading their stepmother to splash water on him and shake him in an attempt to wake him up. He also claimed his mother tried to call the police but his stepmother ordered her not to because she did not want to get arrested.

During a subsequent interview, Alesha Miller allegedly admitted to beating her stepson with a belt on three separate instances. She said that on the night of his death, Ross’ brother had smacked Ross with a paddle, WANE reported.

According to an affidavit, Ross’ mother claimed her wife “kept whooping” her son. She said her wife continuously smacked Ross with a paddle as he screamed “please stop” and went limp.

The mother recalled she and her wife putting her son in a shower — where he squeezed her arm and said, “Mommy,” according to WANE.

Alesha Miller is due back in court on December 29. A court date for her wife has not yet been set.