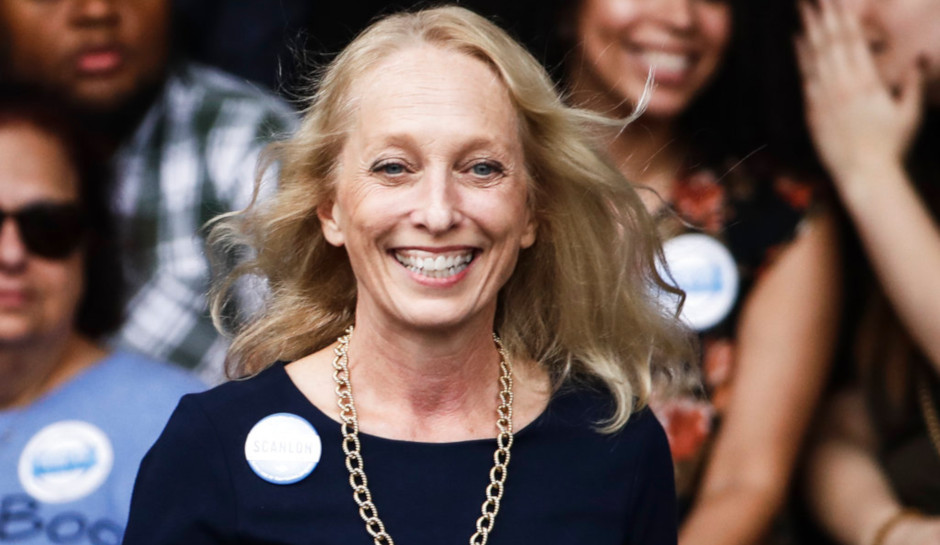 Five teenagers have been arrested after they allegedly carjacked a US Congresswoman from Pennsylvania at gunpoint Wednesday afternoon and took off with her vehicle.

Mary Gay Scanlon, who represents Pennsylvania’s 5th Congressional District in Congress — which includes part of south Philadelphia — was not hurt in the incident, WPVI reported.

Scanlon, 62, said she had just finished walking in Philadelphia’s FDR Park with her staff and several other officials to discuss the city’s plans for renovation. She got into her Acura SUV at about 3 p.m., she said, and suddenly found a gun pointed at her head as two men demanded her keys.

She handed the keys over, and the men drove off — one in her vehicle and the other following behind in another sport utility vehicle, according to police.

The five teens were found near Christiana Mall in Newark, Delaware, just hours after the carjacking. Josiah Brown, 19, was charged with the actual carjacking after he was found with the key’s to Scanlon’s vehicle, a criminal complaint says.

According to the complaint, Brown told FBI agents that he and two others had been driving around Philadelphia on Wednesday and decided to steal a car. The targeted Scanlon, Brown said, adding that his gun was unloaded.

The affidavit said that Brown had written a note to Scanlon apologizing for stealing her car and pointing a gun her. Scanlon said she had not read the note.

The other four teens were charged with receiving stolen property after they were located with both Scanlon and Brown’s SUVs. One of them, a 15-year-old boy, was charged with resisting arrest and criminal mischief. The other teens were a 14-year-old girl and two other boys, ages 13 and 16.

Scanlon spoke to reporters on Thursday, saying it was “obviously a scary thing to have happen.”

“The fact that it happened in FDR Park, a place where so many find refuge from the hustle and bustle of urban life, is particularly upsetting,” she said. “This type of crime can happen anywhere and to anyone. Yesterday it happened to me, and no one should have to experience this kind of lawlessness.”