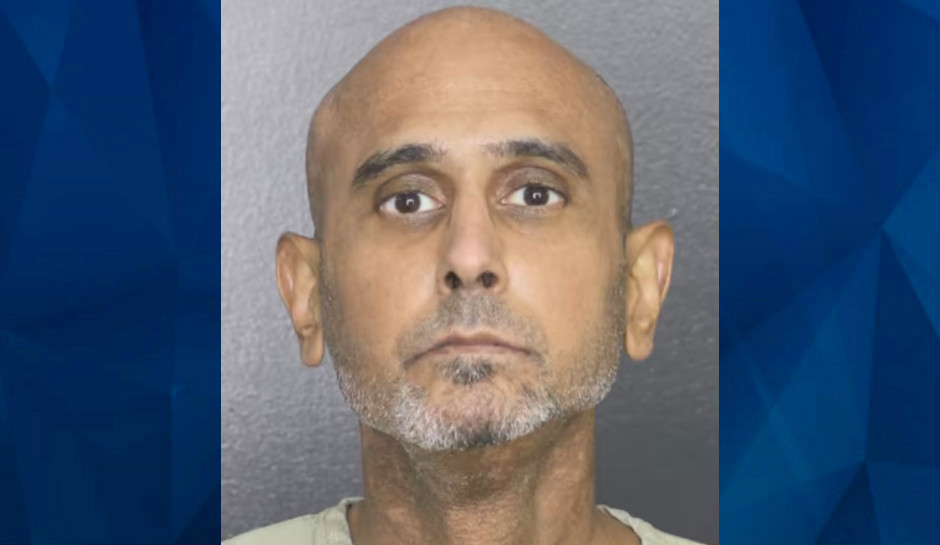 A Florida man is in jail on federal charges after he allegedly tried to arrange the murder of his ex-girlfriend’s new boyfriend.

Ryan Hadeed, 43, sent a letter in September to someone he thought could handle the job he had in mind, according to the US Attorney’s Office for the Southern District of Florida.

“I need someone eliminated,” he reportedly wrote. “I’ve been told you can arrange that. $10,000 All in cash and upfront. Person located in Tampa.”

That letter and two others provided instructions for the supposed hitman to post “marked sheets of paper on his store-front window, among other things” to acknowledge acceptance of the job. Then, in a final mail, Hadeed allegedly sent photographs and a description of the intended victim, along with his home address and probable travel schedule. The letter included a deadline for the killing to take place, and the envelope included $10,000 cash, an affidavit said.

Investigators say that Hadeed left the United States on a one-way ticket on November 10, the same day his hitman received the last letter.

“Law enforcement officers learned of the plan,” the US Attorney’s Attorney’s Office said, and Hadeed was sent to a secondary customs inspection when he returned to the country this week. During that inspection, the arrest affidavit says, “additional evidence of the crime was uncovered,” and Hadeed was arrested on WEdnesady.

The intended victim was not killed, officials said, although they did not say whether an attempt was made on his life or how they learned of the murder for hire plot.

Hadeed has been charged with a single count of using interstate commerce facilities in the commission of murder for hire and faces up to 10 years in prison and a $250,000 fine if he’s convicted.

He is scheduled for a pretrial detention center in Fort Lauderdale on December 29.