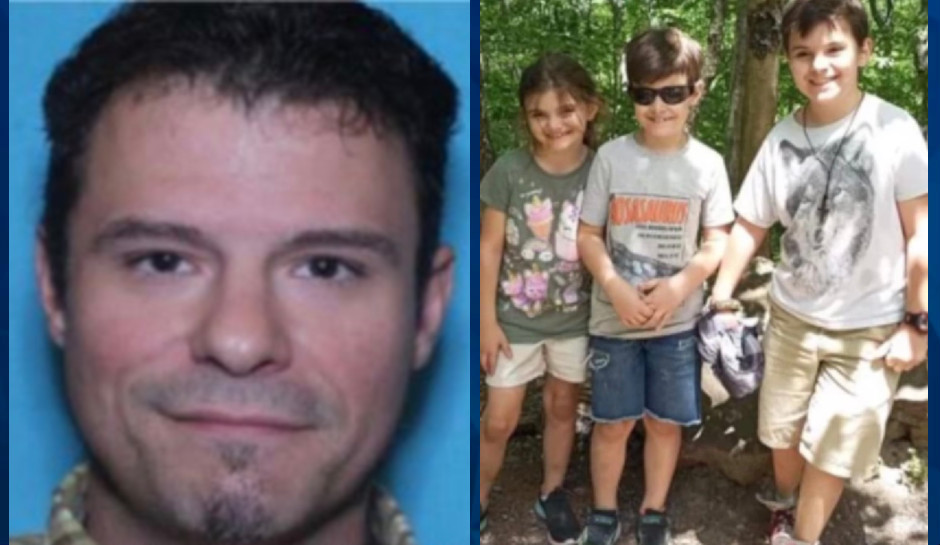 A North Carolina man wanted for sex crimes against minors is now wanted in Texas in connection with an Amber Alert issued for three of his five children.

Jonathon Alexander Wright, 40, was traveling through Texas last week with his wife and children, when their car broke down in Medina County, WLOS reported. The family set off on foot, the Medina County Sheriff’s Office said, deciding to live off the land.

Wright’s wife and the family’s two older children were spotted walking to a store in Rio Medina, Sheriff Randy Brown said. A deputy spoke to them and the wife said that the family was on the run and that Wright has multiple warrants in Mooresville, North Carolina.

Wright was arrested on November 3 on three counts of second-degree sexual exploitation of a minor, related to child pornography charges, the Mooresville Tribune reported. He was released from the Iredell County Detention Center after posting a $100,000 bond.

A week later, the Mooresville Police Department said it had filed six counts of third degree sexual exploitation of a minor but were unable to locate him.

Wright’s wife, Christal Ann Wright, was also arrested during the initial service of a search warrant on November 3 and charged with possession of marijuana and resist, obstruct, and delay. She was released on a $2,500 bond.

Brown said that Christal Ann Wright and the two older children were safe and cooperating with law enforcement, WLOS said.

“My understanding, his kids think their dad hung the moon,” Brown said. “Well, he needs to step up and let them be in a safe place while he goes and fights his own battle.”

Eleven-year-old Jonathon is described as 4 feet 8 inches tall and 80 pounds with brown hair and brown eyes. He was last seen in all green outerwear, a bright blue LL Bean undercoat, and gray Adidas shoes with red bottoms.

Lucas is described as 4 feet 5 inches and 70 pounds with brown hair and hazel eyes. He was also wearing all green outwear when last seen, with a purple LL Bean undercoat, and brown boots with a camo leaf on top.

Ariana is described as 4 feet 5 inches and 70 pounds with brown hair and hazel eyes. Also wearing all green outerwear, Ariana was last seen in an orange, blue, and white LL Bean undercoat and gray Adidas shoes with red bottoms.

The father is 40 years old, 5 feet 9 inches and 170 pounds with brown hair and eyes. He may be wearing a green jacket/hoodie.

“We’re worried about catching him, but we want to get those kids,” Brown told KRIS. “They need to be in a warm bed.”

KSAT reported Friday that the US Marshals Service has offered a $5,000 reward for information about the family. Anyone with information should contact the Medina County Dispatch Office at 830-741-6153.