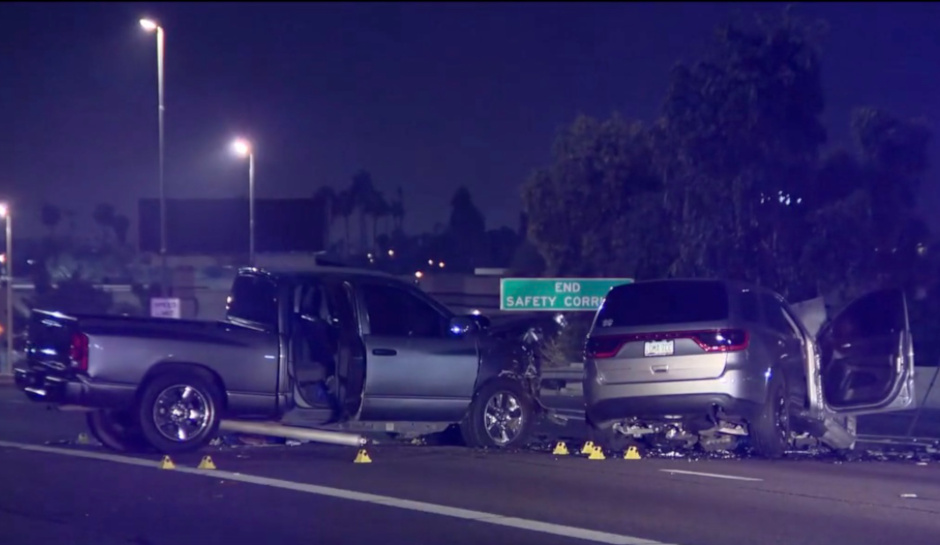 An Arizona man is dead after he chased his girlfriend along an interstate highway, rear-ended her vehicle several times, then spun out and struck another vehicle head-on.

The crash took place at about 1:30 a.m. on Thursday, the state Department of Public Safety said, according to KSAZ.

The boyfriend, driving a pickup truck, was pronounced dead on the scene, a spokesman for the DPS said. The girlfriend was not injured when she was run off the road, and the driver of the SUV who struck the pickup was seriously injured but expected to survive.

“There was an altercation with his vehicle and his girlfriend’s vehicle, and they did have contact,”the DPS spokesman said. “We don’t know at this point if he intentionally went [the] wrong way, or if there was an accident, and he was struck by that third vehicle.”

After spinning around, the truck, which had initially been following the girlfriend westbound, began driving east in the HOV lane before colliding with a Dodge Durango, investigators said.

The names of the people involved have not been released.