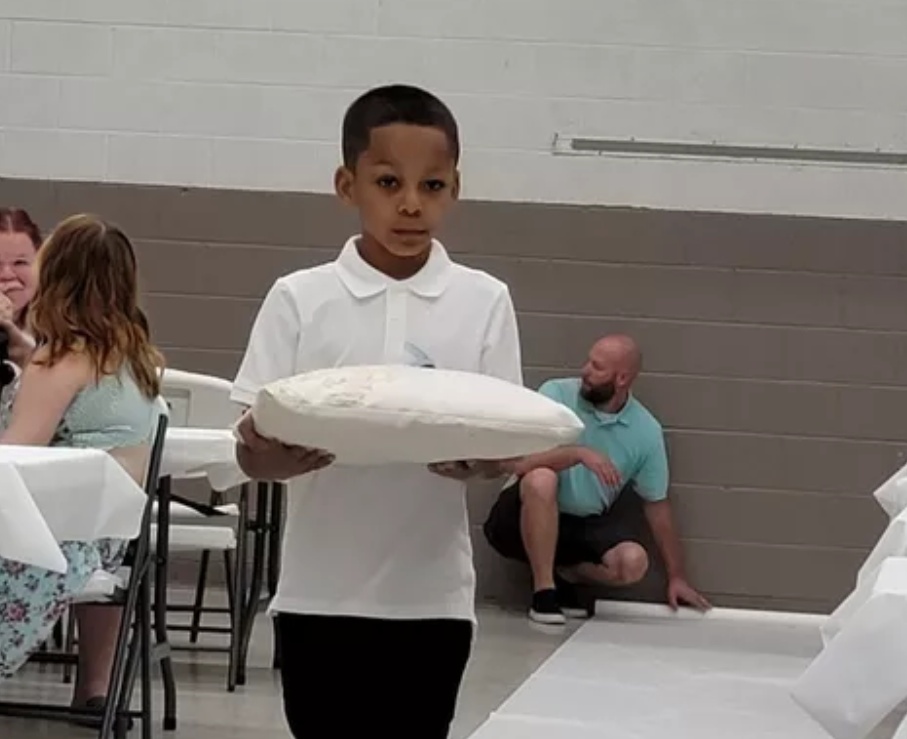 Boy Dies After Stepmom Beats Him Relentlessly With Wooden Paddle and Mother Ignores His Screams for Help: Police

An Indiana boy is dead after authorities say one of his parents viciously beat him with a wooden paddle and the other parent did nothing to help, despite his screams to stop, WANE-TV reports.

Now, prosecutors are seeking to hold the boy’s stepmother and mother accountable for his death, which has been ruled a homicide.

The mother, 36-year-old Jenna Mae Miller, who is Alesha’s spouse, has been charged with neglect of a dependent resulting in death, neglect of a dependent by failing to render medical aid and two counts of neglect of a dependent for allegedly failing to help the 9-year-old boy, Elijah Thomas Ross, according to the newspaper.
Court records obtained by the television station show the incident occurred last Saturday, December 18. Alesha told investigators that she and Jenna were attending a Christmas party when she received a call that said Elijah had been pushed into a bookcase during a fight with a brother.However, police interviewed two siblings who alleged that Alesha, whom the children called “dad,” was rough with Elijah and “went hard” on him. The children alleged that Alesha would “slam him to the ground” and “whoop him with the paddle” multiple times, causing Elijah to “ball up,” according to WANE-TV.A brother told police that he and Elijah were fighting and that he texted his parents because Elijah was “fake vomiting.” In response, Alesha allegedly told the brother to “beat him up” and force Elijah to sit in a corner, according to the television station.When the couple returned home from the party, Alesha reportedly began to yell at Elijah and called him downstairs. She then held the boy’s feet to “whoop him,” according to the brother’s account to police. Elijah was “squirming everywhere” and was “trying to fight back,” court records state, according to WANE-TV.Alesha continued to strike the boy and hit him with the wooden paddle on his buttocks. He eventually was “knocked out” and Alesha attempted to splash water on him and tried shaking him to wake up, the television station reports.The brother told investigators that Jenna was going to call police, but that Alesha said they both would be arrested, according to an affidavit reviewed by WANE-TV.Alesha told police in a follow-up interview that she struck Elijah with a belt on his buttocks at least three different times, but claimed that on the night of the death, it was the brother who struck Elijah with a paddle.Jenna told police that Alesha “continuously kept whooping” Elijah and held him down with her legs so she could hit him multiple times, even as he screamed “please stop,” the television station reports.Elijah eventually went limp and the women put him in the shower, where he is said to have squeezed Jenna’s arm and said “Mommy,” WANE-TV reports.Jenna later brought Elijah, who was “cold and limp,” to a Fort Wayne hospital, according to the television station. He was pronounced dead around 2 a.m. Sunday.Doctors observed numerous bruises around the boy’s body, including on his arms, face, back and buttocks, as well as bruising and abrasions on his shoulders. He also had a small cut on his penis, according to the television station.One neighbor told WANE-TV that a day before the incident, he heard the boy screaming and the two women yelling profanities.“It wasn’t an ordinary cry,” the neighbor told the television station. “They scream and yell a lot over there. They’re always yelling at the kids over there. They’re always hollering at the kids and that’s all I ever hear.”

The man said he regretted not contacting child protective services about what he heard, WANE-TV reports.

As news spread about Elijah’s death, community members held a vigil for him and constructed a memorial with flowers, candles and teddy bears.

Another neighbor told the television station: “We’re going to make sure those candles stay lit. We going to keep those teddy bears there. That child didn’t have a voice.”

A GoFundMe account has been launched to help pay for the boy’s funeral expenses.