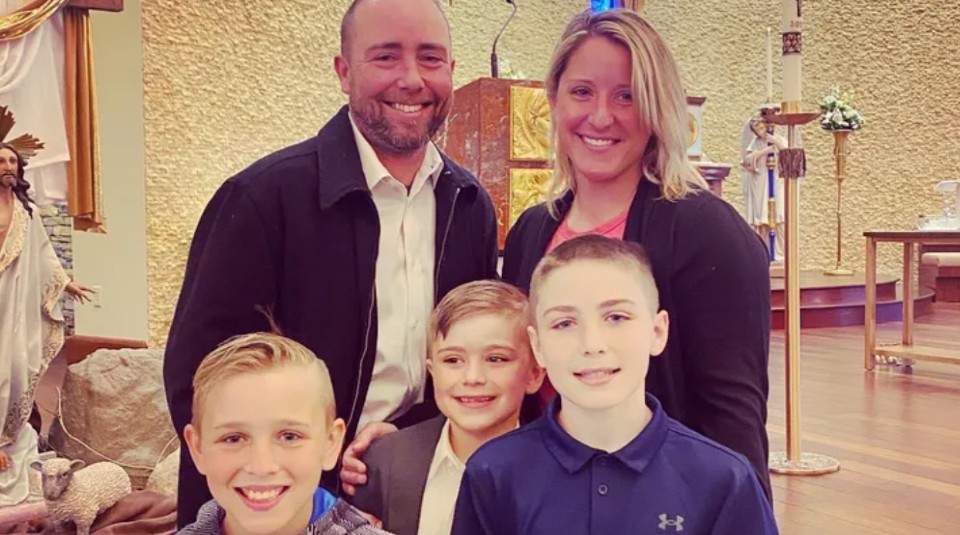 The father and his wife, who survived, were “the happiest people you will have ever met”

Investigators suspect that lights on the tree may have started the blaze at the two-story home in Quakertown around 1:20 a.m. Saturday, Quakertown Police Chief Scott McElree told the newspaper.“We will be continuing to investigate to find out why it ignited, but the evidence is very clear that it started in the Christmas tree. It was a real tree,” McElree told the Courier Times. “It was such a hot fire that most of the content where it started is burnt.”The victims have been identified as 41-year-old Eric King and children 11-year-old Liam and 8-year-old Patrick. Two dogs also died.King’s wife, who is the mother of the two deceased boys, managed to escape the fire, as did an older son. They were brought to an area hospital for evaluation, WPVI-TV reports.Liam was in fifth grade and Patrick was in third grade. Brady, the surviving child, is in eighth grade, according to a letter from Quakertown Community School District Superintendent Bill Harner, who notified families on Saturday evening with what he wrote as “unbearable sorrow.”The fire also destroyed a home next door, where the occupants were able to escape without injury.The King’s home was already engulfed in flames when firefighters arrived. Crews were able to get inside the residence at one point but were pushed out because of the intensity of the fire, WPVI-TV reports. The fire department had the blaze under control by 2:30 a.m.Quakertown has a population of about 9,300 people and is located between Philadelphia and Allentown. McElree told the Courier Times that the local community is coming together to support the family.“It’s horrendous,” McElree told the newspaper. “This impacts us all. This impacts our community, our families in general, the kids in the schools and the people who know the King family. We’re partners in this and we and the school district will do what we can to support everyone.”Donations to the family have been pouring in, with more than $430,000 raised as of Sunday morning.“Eric and Kristin were high school sweethearts and the happiest people you will have ever met,” the fundraiser reads.“They were always smiling and full of positive spirits, you just couldn’t help but to love them. The three boys, Eric and Kristin were all a huge part of the Quakertown Youth Baseball Association and spent their days and nights at the baseball fields.”