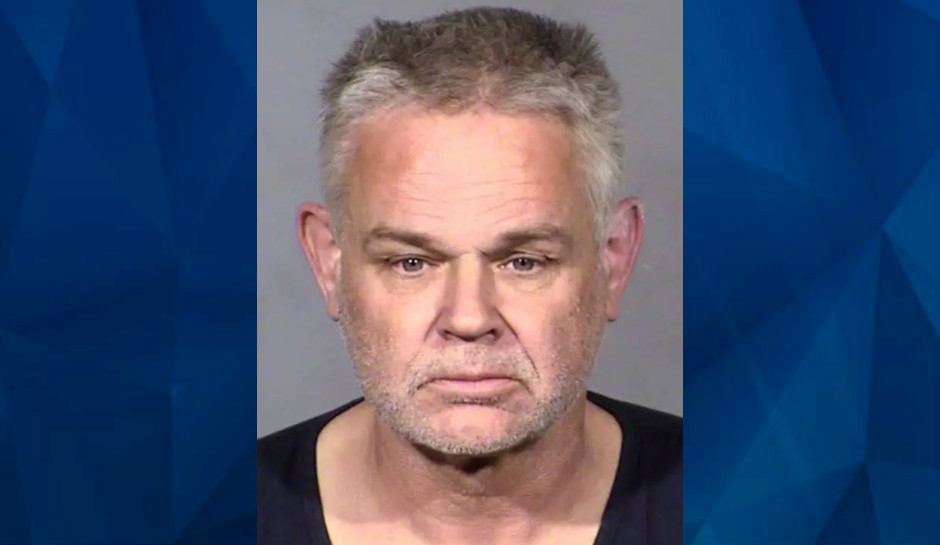 A simple traffic stop turned into something much more for Las Vegas police last week, when they found human remains — including a severed head — in a cooler in the bed of a pickup truck.

Eric Holland, 57, didn’t stop when officers signaled for him to do so on Thursday, instead fleeing from the patrol vehicles and prompting police to send up a helicopter to follow him, KLAS reported.

The chopper unit noticed that Holland switched trucks, but he again refused to stop for officers. This time the air unit followed and led officers on the ground to an apartment complex.

Holland tried to flee again, and threw several items at the officers, but he was eventually taken into custody.

Investigators discovered that both trucks Holland was driving had been reported stolen, and one of them — they didn’t say which one — contained large coolers containing human remains in the bed.

Holland was arrested on outstanding warrants for using another person’s identification, auto embezzlement of more than $3,500, intent to use a bad check, and theft of more than $3,500, in addition to the one count of open murder connected to the remains found in the stolen truck. He’s due in court on Tuesday, according to jail records. He’s due in court on Monday on the warrants and on Tuesday for the murder charge.

Police said that the Clark County Coroner’s Office will determine the cause and manner of death and identify the victim.

They asked that anyone with information call 702-828-3521 or email at homicide@lvmpd.com. To remain anonymous, contact Crime Stoppers by phone at 702-385-5555 or on the internet at www.crimestoppersofnv.com.