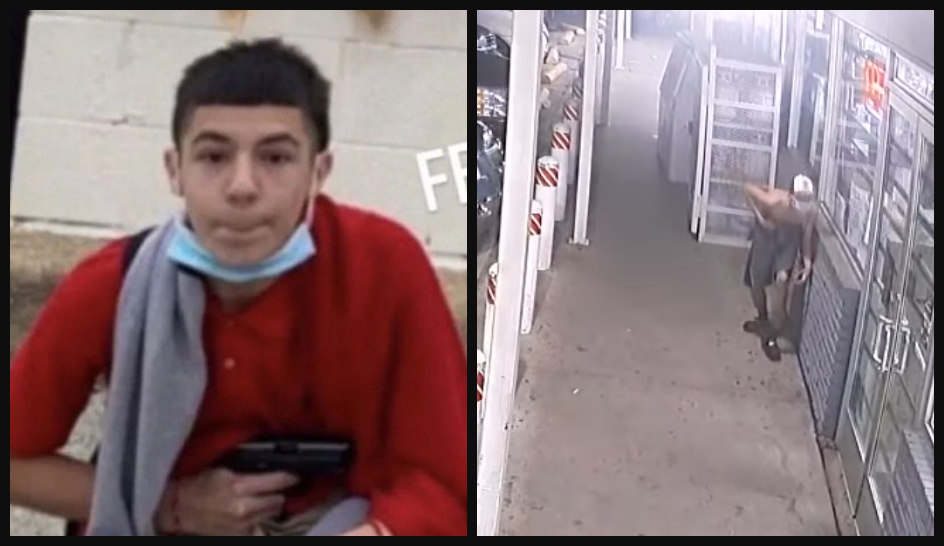 Update: 14-year-old on the Run After Allegedly Killing 3 Other Teens in Store, Caught on Security Camera

A Texas teen is on the run from police after allegedly killing three people inside a convenience store, in what police are calling a targeted revenge attack.

As CrimeOnline previously reported, the incident happened at a store in Garland, in the 700 block of West Walnut Street on Sunday. As the shirtless suspect, now identified as 14-year-old Abel Elias Acosta, allegedly walked into the store, he pulled out a gun and began shooting. While one victim was seriously injured, the other three passed away from their injuries.

Police say all four victims were teenagers. Fox 4 reports that the driver of the getaway car was Abel’s father, 33-year-old Richard Acosta. He turned himself in on Monday night. He’s been charged with capital murder. The 14-year-old was initially caught and questioned, but authorities released him to his parents afterward, citing insufficient evidence to hold him.

The Dallas Morning News reports that police plan to charge Abel Acosta with capital murder. Once captured, the teen will be sent to a juvenile facility, but prosecutors said they will push to have him tried as an adult.

If found guilty as an adult, he could spend life behind bars without the possibility of parole until he serves at least 40 years.