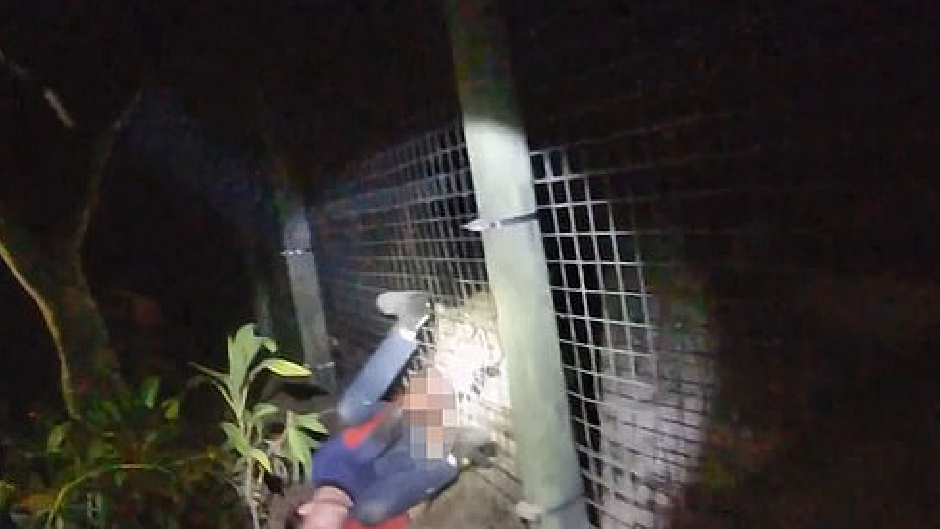 VIDEO: Zoo Worker Mauled by Tiger May Be Charged for Scaling Fence, Sticking Arm Through Enclosure

A Florida zoo worker could be criminally charged for Wednesday’s tiger attack that left him seriously injured and the animal dead.

The Naples Daily News reported that River Rosenquist, 26, climbed a 4.5-foot fence surrounding an enclosure for Eko, Naples Zoo’s 8-year-old Malayan tiger. Rosenquist allegedly then reached his arm through the enclosure to either pet or feed Eko, resulting in the tiger biting his arm.

Bodycam footage shows a Collier County deputy fatally shooting Eko after it would not release Rosenquist’s arm. Before opening fire, the officer tried to distract the tiger and was heard being told there were no tranquilizers available.

The Collier County Sheriff’s Office said in a statement that the deputy fired a single shot at Eko. After being shot, the tiger reportedly retreated to the back of its cage and died.

Courtney Jolly, Naples Zoo’s marketing and public relations director, confirmed to the Daily News that Rosenquist worked for HMI Commercial Cleaning, but she declined to say how long the zoo has used HMI’s services or if HMI employees are required to sign any liability waivers.

Speaking with NBC, Jolly also explained that a shooter and lead darter are present when the zoo is open, but the grounds were closed to the public at the time of Wednesday’s attack.

Rosenquist was hospitalized in critical condition on Wednesday. His current condition is not immediately available.

Police said, “The investigation will determine whether criminal charges will be filed against Rosenquist.”