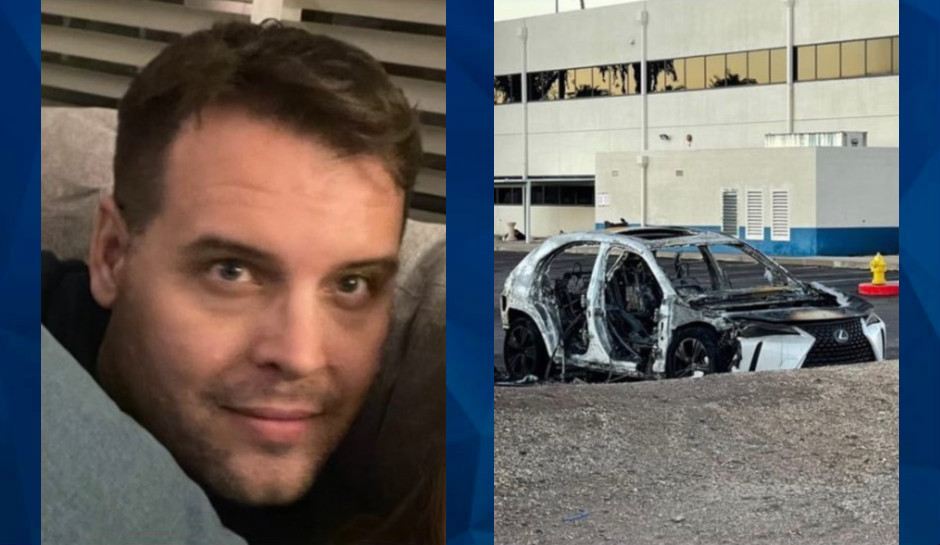 An Arizona man was reported missing over the weekend after friends found his car abandoned at a hotel.

Daniel Stahoviak told KPNX he was supposed to meet 41-year-old Benjamin Anderson for breakfast Friday morning, but Anderson called to cancel at about 8 a.m.

Later, Stahoviak said, he and friend went to Anderson’s apartment, where they found money and Anderson’s debit and credit cards, along with a wet towel on the bed, but no Anderson.

Anderson is described as 6 feet tall and 250 pounds. He was probably wearing shorts and a blue zip sweatshirt or a black T-shirt. He wears glasses.

Stahoviak described two of the three people he saw near his friend’s car: a woman with a slim build, about 5 feet 11 inches with blonde hair and a pink beanie and a man of average height with dark, curly hair.

Phoenix police say they are investigating Anderson’s disappearance, and anyone with information is asked to call police at 602-262-6151.