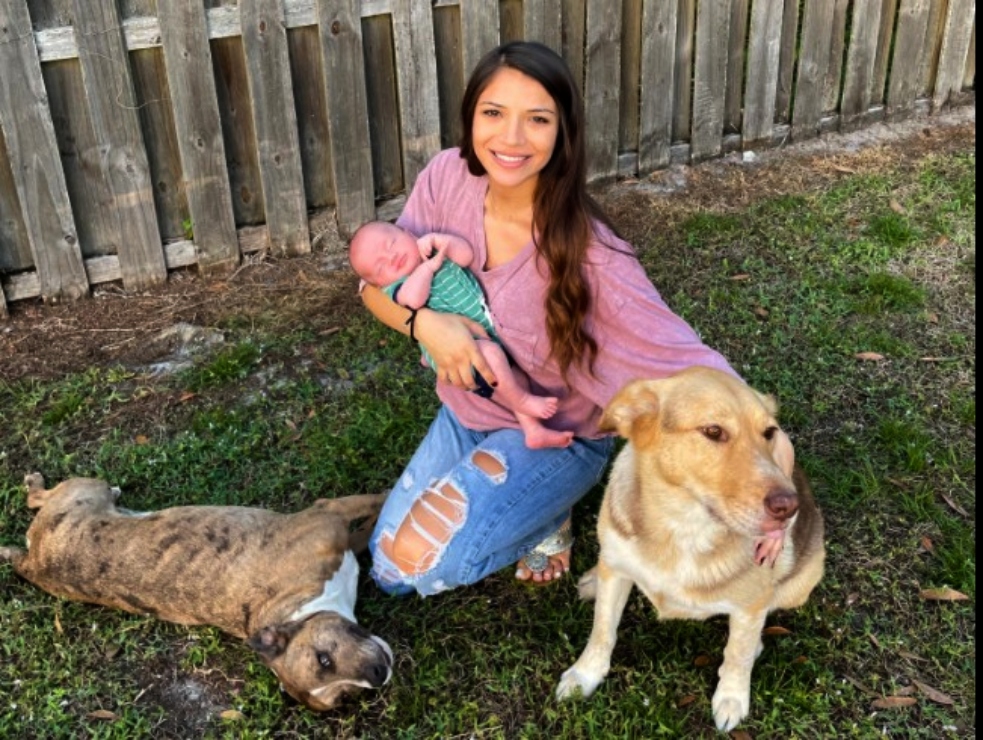 ‘My Insides are Being Torn Apart’: Grandmother of Florida Deputy Victoria Pacheco Shares Her Grief After Suicide Deaths of New Parents

The grandmother of a young Florida deputy who took her own life days apart from the father of her baby has shared messages about her shock and grief, along with a video of Victoria Pacheco doting on her newborn son.

As previously reported, Pacheco, a 23-year-old St. Lucie County Deputy, took her own life days after partner, St. Lucie County Deputy Clayton Osteen, 24, was taken off life support after a suicide attempt on December 31. Authorities have not yet released the specific cause of death for either deputy, who leave behind a 1-month-old son.

As previously reported, the suicides have shattered and shocked Osteen and Pacheco’s loved ones. A GoFundMe page dedicated to raising money for the orphaned child described the couple a deeply in love and “enamored” with the newborn boy. Pacheco is believed to have taken her own life in grief over the death of her partner.

As first reported by the New York Post, Pacheco’s grandmother Bernice Bartolini posted messages about the tragedy on her Facebook page, along with photos and a bittersweet video of the new mother feeding her newborn baby.

“Tragic Romeo and Juliet story. They are now together forever,” Bartolini wrote. “This loss is so painful for everyone so please be kind and watch your family keep them close to your heart.”

“My heart is so sad I thought I was hurting before I lost my beautiful granddaughter,” the grieving grandmother wrote. “Victoria and I were very close when I lived in Florida, she was there for me. I wish I could have been there for her. My insides are being torn apart, my heart hurts so bad.”

The GoFundMe campaign for the couple’s son Jayce has raised over $55,000.